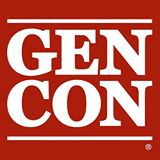 Given recent adjustments to Indiana law, I’m having some serious concerns about whether I can in good conscience continue to attend GenCon after honoring my commitments this year.

They’ve had a gay marriage ban on the books for ages — including one which could imprison same-sex couples for applying for a marriage license on the basis that they’ve “falsified” the application. This was only recently noticed by some blogs, and reported as if it was new. However, what was new is that they’ve added a law stating that anyone who “solemnizes” the marriage of a same-sex couple can face up to 180 days in prison, and a $1,000 fine.

“Solemnizing” is nothing to do with the state — it’s purely ceremony. So Indiana has just criminalized private religious practice — even for those denominations that have no problems with same-sex marriage.

I talk a lot about slacktivism, meaningless feel-good “support” and the tendency of geek progressives to hedge and hem and haw when the rubber meets the road, and their principles slam head-first into stuff they like or want to do. (“Orson Scott Card is a toxic asshole with virulent anti-gay positions, who heads up an organization that lobbies to strip civil rights from same-sex couples…. but, but, Ender’s Game is a cool SF movie that I want to see!”)

GenCon is a big deal — especially for those of us who do work in the tabletop games business. A decision to stop attending would have a major affect on our business.

Perhaps those of us who come in to Indiana every year and pump (according to recent figures) 25-30 million dollars to the Indianapolis economy should make it known how we feel about this. I know that I, for one, will be talking to GenCon, LLC and asking what, if anything, they can do. (I will, of course, wait until after the show — they’ve got enough on their plate right now.)