A bit of nerdery-for-the-sake-of-nerdery, which I don’t get to indulge in as often as I’d like.

A proposal for a new STAR TREK TV series, with the 50th Anniversary approaching in 2016. Our imaginary series would simply be called “Star Trek”, with no subtitle — not a reboot though, a continuation (of the prime timeline, in fact), and given the imprimatur of the undiluted franchise name.

The Year: 2466 (79 years after last “prime universe” event (destruction of Romulus and Spock’s journey back in time) — simultaneously a tribute to the 1966 debut of the Original Series, and the 78 years that Next Generation was supposed to be after Kirk’s era, according to 1987 press releases.) 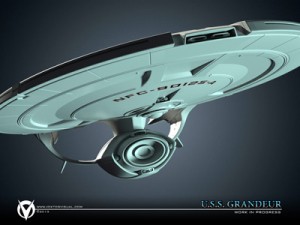 The Ship: USS Enterprise, NCC-1701-H, the first of the new Enterprise-class starships, equipped with quantum slipstream drive, and poised to begin the first intergalactic exploration: A five-year mission to the Large Magellanic Cloud.

The ship would have an identifiable saucer-and-nacelles look that says “Enterprise” to the casual viewer — perhaps something like the USS Grandeur design created by Jason Lee of Vektor Visual.

The Show: A return to the final frontier — exploration, first contact, trailblazing, and far less embroilment in the Milky Way geopolitics that has marked most of the Next-Gen-Era of Trek (and avoiding the “Lost in Space/trying to get home” angle of Voyager). 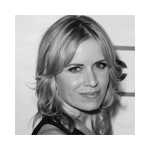 Captain Amelia Kirk, Commanding Officer, played by Kim Dickens. A descendant of one of the most famous Starfleet captains in history (and we never find out exactly how, which will drive the hardcore fans insane :) ). She recognizes the expectations of being a Kirk in command of an Enterprise, but very much feels as though she has earned this assignment. Driven, dedicated, brilliant, but also possessed of the familiar reckless charm of her namesake. 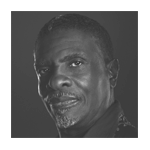 Ambassador Peter Nkosi, Federation diplomat, played by Keith David. Representative of the Federation council, in charge of first contact situations. You would expect there to be tension between this position and the Captain (who assumed this role in past series), yet that is not present here — Nkosi is an old family friend of Kirk’s, and fulfills the role of trusted advisor/uncle-figure. 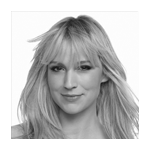 Commander Thalli Ahrynn, First Officer and Science Officer, played by Beth Riesgraf. One of the most critical mission specialists on the Enterprise, the Andorian officer is perhaps the most brilliant scientist in the entire Federation. She is not a “people person”, however — her Andorian stoicism and focus often results in her having difficulty in social situations, where she is viewed as blunt, pre-occupied and occasionally harsh. 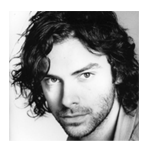 Lt. Taev, Chief Engineer, played by Aidan Turner. A young (60-something) Vulcan/Romulan hybrid — one of the generation born after the Reunification that followed the destruction of Romulus. Struggles with family issues — his family are Romulan traditionalists, and suspected of connection to separatist terrorism. They wanted him to be a soldier, not an engineer. Unlike the expectations of the audience to a vulcanoid character, Taev is fully emotive — in fact a bit of a rogue. 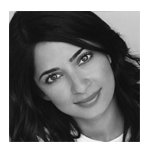 Lt. Eshana Jadhav, Security/Tactical Officer, played by Aarti Mann. Handling combat operations and ship security, Lt. Jadhav is a young officer on her first command-level assignment, and a high-profile one at that. Her cheerful demeanor seems at odds with her job description — she runs security on the Enterprise almost like an affable town sheriff, with a light touch, a few words in the right ears. But when situations turn serious, she is revealed as a cooly professional and efficient fighter. 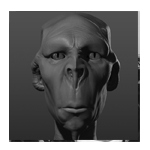 Lt. Irex, Helmsman, voiced and motion-captured by Kevin Conroy (Batman The Animated Series). Given the fact that CG and motion-capture technology are now sufficiently advanced, it’s time for a truly alien crew member. Irex is a call-back to Arex, the alien helmsman who appeared in the Star Trek animated series in the 70s — a character that has now been convincingly pulled off by the fan film production “Phase II”. The Edosian helmsman is fast friends with Lt. Taev, and the two fill our “buddy” plot needs (similar to Bashir and O’Brien on DS9). 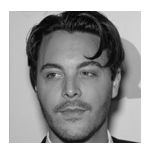 Doctor Adrian Harker, Chief Medical Officer, played by Jack Huston. English doctor, xenobiology expert and talented surgeon, Harker was also formerly in a relationship with Kirk (during their Academy days) — a situation which both say is long behind them, as both chose their careers over the relationship. Whether that is strictly true, however, remains to be seen. (We would avoid tedious “will they or won’t they” games, but there will surely be fans who ship this HARD).

The Series: Unlike previous Trek series, this show would pack its budget into a cable-style shorter season — 10 to 13 episodes at most. A “Game of Thrones” in space. Plus, a finite end — five seasons, each covering a year of the five-year mission, and that’s it. Wrapping it up while it’s still good — no long decline into irrelevance.

So there you go — an imaginary series, which will never happen. But it’s fun to imagine “what if.” Hell, I’m half-tempted to write treatments for at least the first season…