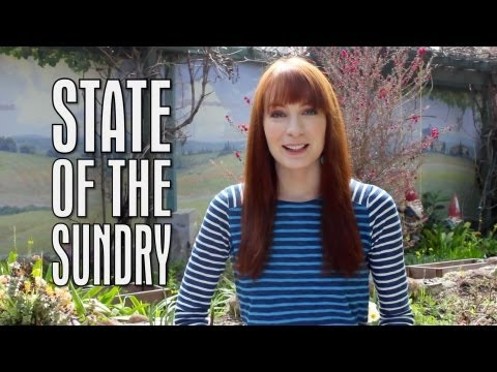 Recently, Felicia Day posted a video outlining her plans for a second series of shows for her Youtube channel, Geek & Sundry. If you haven’t already seen it, take a few minutes to watch, above.

I’ve been mulling over this for a few days now, because the whole “we need to re-own the word Geek” part of it really kinda rubs me the wrong way. I hemmed and hawed about unpacking that in any really public way, knowing that this would have me seen as publicly being “against” Felicia Day, a monolithically popular figure in online geek circles. But I found that I was genuinely curious if it was just me, or if other people felt the same.

The whole angle strikes me as very similar, ironically, to the whole “fake geek girl” outrage. The idea that there are “Real” geeks — by definition — who need to somehow “take back” the term, away from the non-genuine users, who only use it as a marketing label; a category by which consumers are classified.

I’m sorry — but Geeks aren’t Rebels. Some are, sure. But despite the protestations in the video, Geeks have pretty much *always* been defined by their entertainment fandom — and it was their love of those things that made some of them outcasts, as the “popular kids” ostracized them. What came first, the chicken or the egg? The nerdy love of comic books and Star Trek, or the outsider status that came with that love? But to claim that it is the Outsider, the Rebel, etc. that marks the “true” geek is uncomfortably close to the cries of the guys who are bitching that attractive girls can’t been geeks because they didn’t “suffer for it.”

Another thing: the idea that “Geek” is being commodified by some outsider group (especially ironic coming from somebody trying to market videos to the same audience) is a massive ball of hipster bullshit. Geek is mainstream because geeks are now in positions where they are creating and decision-making in entertainment — they’re producing stuff that interests them, which is attracting the like-minded. Combine that with the aggregating and communication ability of the internet, and it means that what might be a small subculture in a particular school or town is suddenly and inescapably seen as a fairly large national (hell, global) interest group.

…and let us not forget that geek stuff has always been popular, sometimes massively so (Star Wars, anyone?). The main difference is now people are comfortable with identifying with the label. (Everybody loved Star Wars in 77/78, but few would’ve called themselves “geeks.”)

Geek is about loving stuff, and sharing those interests with others. It doesn’t matter if you came to it early, suffered through bullying because of it, or just walked into it yesterday because you played “Bioshock Infinite” and really dug it. It’s all good, and the tribalist crap of “re-owning” the word, of attempting to define what makes a “real” geek, is really disappointing, especially coming from a high-profile person whom many view as an ambassador of the culture.

I welcome your thoughts in the comments below. 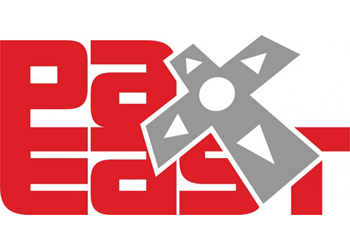 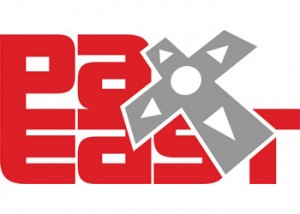 I got back yesterday from PAXEast in Boston, my first time at that show. Aside from staying a day later than planned thanks to Delta Airlines (DELTA: Doesn’t Ever Leave The Airport), the trip was great.

So, for this post, I’m returning to a long-held tradition of mine: To recap some of the things said or heard at the show, via context-free quotes.

“I’ve got some kind of magical animal.”

“You could park a zeppelin in here.”

“What could be better than dough?”

“Sexy Foreign Guy Is Here For Your Womens.”

“This is my sister. She sang that Madonna song.”

“I tend to talk faster and get much more Welsh.”

“Enjoy your artisanal sandwich… it’s rustic. Says so on the plastic.”

“We’ve made the stretch goal! Everyone eats!”

“I think we need a Nemesis.”


As an aside — it is definitely a show worth attending for tabletop games companies. The population concentration in the northeast alone means that you’ll be seeing more traffic than you get at GenCon, even if the tabletop area is secondary to the main expo hall area.

Oh, and another thing you should be aware of: The tabletop exhibitor area runs around the open-gaming and tournament tables — which stay open until 2am — and there’s no separation. So even though expo hall ‘closes’ at 6, that’s not the case in tabletop, as people still come through. We’d wrap up around 9ish (3 hours after ‘close’), but could’ve stayed there the whole time… if we wanted to work a 16-hour day. Worth keeping in mind when considering staffing. 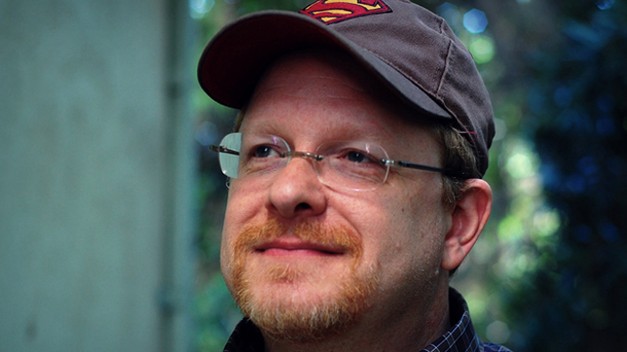 There have been a couple of videos released recently, both of interest to anybody considering life as an Insurgent Creative.

First up, here’s a keynote address from the Tools of Change conference, featuring comics creator Mark Waid. Waid is a writer who has worked for Marvel and DC Comics, including multi-year runs on The Flash and Captain America. He was the chief creative officer of independent comics publisher BOOM! Studios, before leaving to launch a digital comics platform, Thrillbent (which I’ve covered on this blog before).

In this keynote, Waid talks about his method of reinventing comics for the digital platform — which is really cool, especially if you have an interest in the format. But one of the main reasons that I’m posting it here is the things that he says about monetization, which he gets to at around 14 minutes in. Watch the whole thing, though — it’s really interesting:

Thrillbent gives their product away for free. Every week, around 10-12 pages of comic book story, available on the website, free of charge. Once they’ve got a months’ worth of material (40-ish pages), they collect it — along with some bonus material (extras, commentary, etc.) and sell it in digital format via Comixology, the largest digital distributor of comic books. The sales generated by that single source are enough to cover their overhead, which keep them going, and allow them to explore further options (other distribution, print-on-demand collections, etc) which are purely profit-generating. They’re free to experiment, without worrying about how they’ll continue.

As Waid says: “Nobody gets rich, but Everybody gets paid.”

It’s a saying that you hear a lot when talking about these new models — rather than the luck-lottery of success in the traditional model, which tends to create a small number of super-stars who do very well, the insurgent creative model often leads to an environment of fewer super-stars, fewer break-out successes, but more creatives able to make a comfortable living doing what they love.

Or, as Amanda Palmer puts it: “For most of human history musicians and artists have been a part of the community. Connectors and openers. Not untouchable stars. Celebrity is about a lot of people loving you from a distance. But the internet, and the content that we are freely able to share on it, are taking us back. It’s about a few people loving you up close. And about those people being enough.“

That’s quote from her recent TEDTalk (if you’re not aware of TED — Technology, Entertainment, Design — a series of freely available lectures on “ideas worth spreading”, do yourself a huge favor and dive in), on the subject of “Asking” — crowdfunding, busking, the artist asking their audience for support.

Creative insurgency thrives on the relationship between you and your audience. That audience may not ever be massive, but finding a smaller audience that is “enough” is an achievable goal. (For those who’ve never read it, Kevin Kelly’s 1000 True Fans post discusses this model — the goal of finding 1000 people who are willing to spend $100 per year on the stuff you create. It’s not a massive number, and results in a comfortable living.)

That seems to be the key point that is being missed by so many critics who are quick to point out that Waid and Palmer are “outliers” (the favorite word of this sort of critic), who succeed at this model by virtue of their audience platforms gained via traditional successes. They don’t grasp that this concept is scalable. You don’t need to have 800K Twitter followers, or 25K True Fans — you just need 1000. Or even 500. Or whatever number works best for you, and gives you what you need to live while creating. It’s about a few people, as Palmer says, being enough.

The model is not for everyone (and nobody says that it is — another point lost on the critics) — if you are uncomfortable with putting yourself “out there”, it’s probably not for you. Bizarrely, I’ve seen traditional-model folks actually complain that this new model is “tearing down” the old, and will lead to a world where introverts get lost in a model which somehow “unfairly advantages the extrovert.” (Yeah, apparently this is a thing.)

This is, of course, reaction from fear — and completely unfounded. Yes, the Insurgent Creative model means that folks who are comfortable with self-promotion will do better than those who are not. It also benefits polymaths — people who have the skills to do a lot of different jobs that traditionally handled for creatives by a publisher, record label, film studio, etc. This is not a bug, it’s a feature. And, most importantly, the traditional model will not go away. Uncomfortable introverts can continue to uncomfortable and introverted, and have promotion and other services handled for them, for the simple reason that there will be money to be made offering those services. If the corporate world has shown us anything, it’s that as long as there’s a market, somebody will serve that market. There will always be a market for the traditional methods.

It’s not a zero-sum game. More options for everyone means just that: More options. So calm down.

Create your stuff, and get it out there by the method that best suits your needs. That’s the best part of this new world.