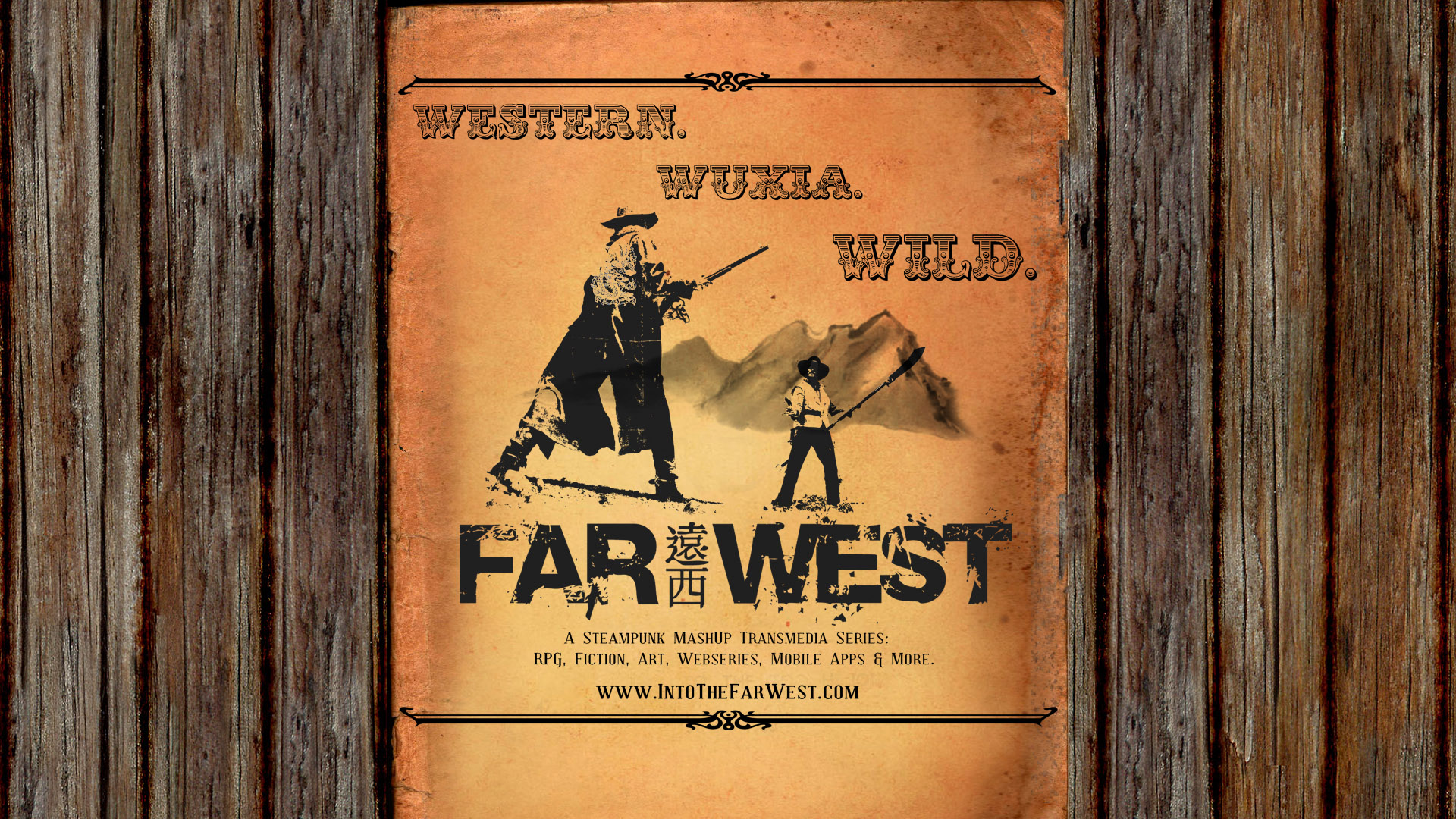 I finally bit the bullet (see what I did there? Har har.) and launched the website for Adamant Entertainment’s new transmedia series, FAR WEST. No content yet beyond the teaser image, but that will be coming soon.

For those who came in late, FAR WEST is a steampunk mash-up of spaghetti westerns and chinese wuxia, presented in fiction, a webseries, art, mobile applications, and a tabletop RPG which will be available in PDF for FREE (and in other formats as well). I’ve been developing this sucker since May of 2007, off and on. I’m very excited to see even this small step made public — it makes the work I’ve been doing seem more concrete now.

Keep an eye out for the official launch announcement, coming soon — and in the meantime, there’s a discussion about FAR WEST over at RPGnet, for those so inclined.

2 Replies to “FAR WEST site up and running…”