We all have our traditions — this has been one of mine since I started blogging, eight years ago.

Here you go, kids — the holiday edition of Friday Music, just in time!

For those who haven’t partaken before, the format of the holiday special is a bit different from the usual Friday Music entry. Instead of individual links to cool shit I found online, the album is downloadable as a single zip file, with album artwork. 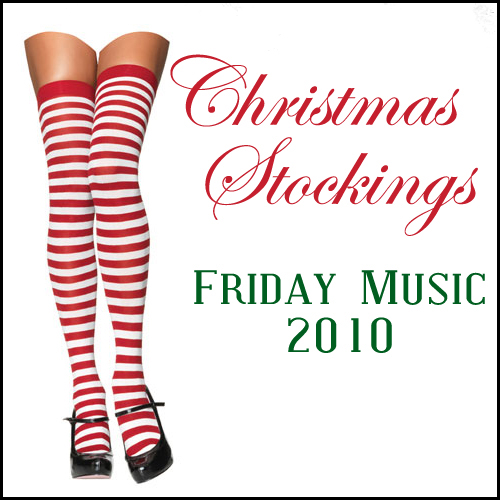 1. Kay Star – “[Everybody’s Waiting For]The Man With The Bag.” — Ring-a-ding-ding. Swingin’ Yuletide tune from the early 1950s. Dig.
2. The Puppini Sisters – “Last Christmas.” Wham’s cheese-tastic Christmas single, done as a 1940s Andrews Sisters close-harmony.
3. The Blind Boys Of Alabama – “Last Month Of The Year.” The guys who did the best version of “The Wire” theme do a holy-roller Southern Baptist hymn.
4. Jon Anderson – “Three Ships.” The lead singer of Yes, from his mid-80s space-hippy solo album.
5. Aled Jones – “Walking In The Air.” The haunting creepy sound of English Christmas — snow, mystery and the threat of death. (From “The Magic Snowman”)
6. Sting – “Gabriel’s Message.” My favorite version of this carol.
7. Jethro Tull – “Ring Out Solstice Bells.” Equal-opportunity holiday music for the pagans in the house.
8. Dr. John – “Merry Christmas Baby.” Gravel-voiced New Orleans legend does the grind-iest classic.
9. Hurts – “All I Want For Christmas Is New Year’s Day.” The Manchester synth-pop act that I featured last week — this is their shot at this year’s Christmas Number One.
10. Big Daddy Kane, Roxanne Shante, MC Shan – “Cold Chillin’ Christmas.” An amazing slice of late-80s NYC hip-hop, featuring absolute LEGENDS.
11. Jon Anderson – “Holly and the Ivy.” More from Anderson’s spacey solo record — this time, one of my favorite carols.
12. Irma Thomas – “O Holy Night.” Done right, this carol gives me chills. This is done right. Full-on Baptist Choir backing a jazz vocalist.
13. Kate Bush – “December Will Be Magic Again.” I love this far more than it deserves. Kate Bush at her magical, kate-bushiest best.
14. Louis Armstrong – “‘Zat You, Santa Claus.” We close as we came in — swinging and stompin’. Dig.

Thanks for listening, folks. Enjoy.