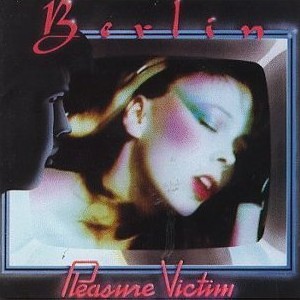 Hoping to get back onto a regular schedule with these, now that the madness of Summer is drawing to a close.

A couple of weekends back, I found myself listening to the local alternative radio station’s “Resurrection Sunday” broadcast: a four-hour block of “classic alternative” (i.e. what we used to call “new wave”, “punk”, and “college rock.”), which had me digging back through my collection, and has led me to a desire to do an 80s-themed Friday Music. I hope you bear with my sad, 40something nostalgia.

First up, my favorite track from Berlin’s Pleasure Victim album, almost always ignored in favor of the far more popular “Sex.” This song, though, remains not only my favorite from that album, but my favorite Berlin song, period (narrowly edging out “The Metro”). Berlin – “Masquerade.”

Spooky, ethereal, odd, and just plain KATE. Before “Who Let the Dogs Out”, she was pretty much one of the only folks who could get away with vocalizations of barking in a song… Kate Bush – “Hounds of Love.”

I discovered Shriekback through the Michael Mann movie “Manhunter.” This soon became my favorite song of theirs. “Priests and cannibals, prehistoric animals, everybody happy as the dead come home…” Shriekback – “Nemesis.”

The lead track on a mix tape given to me by my high school girlfriend. I knew it was The Church, and I knew the title of the song, but it took the invention of the Internet for me to track down the album. The Church – “Unguarded Moment.”

The first song I ever heard from Sinead O’Connor’s debut album The Lion and The Cobra, before she became mainstreamed, the butt of jokes, and villainized for being one of the first to protest the Catholic Church’s cover-up of the abuse of children. Her anger, her energy, her howl, it’s all in this first single. Sinead O’Connor – “Mandinka.”

One of my favorite pieces of music from Genesis, a little-known instrumental track from their Invisible Touch album, which I discovered when it was used with chilling effect as backing music to a scene in a Magnum, P.I. episode where he’s gone a bit off the deep end and is preparing to murder an old enemy. Genesis – “The Brazilian.”

There you go, kids — enjoy. Back with more next Friday.