Let me get this part out of the way. There is no One True Way. With as much coverage as the topic of self-publishing, self-distributing, etc. has been getting, the media (unsurprisingly) has been pushing the same One-Way-Or-The-Other narrative that they apply to every goddamn thing under the sun. So let’s disabuse ourselves of the notion that if we all follow some guru’s advice on making a living as an Insurgent Creative, we’ll unlock The Secret and the money will come pouring in. Again, there is No One True Way.

I will argue that making an independent go of it is the best option IF you are the sort of person who is wired for it.

What do I mean by that?

You are running a publishing company, with a “stable” of only one writer. But that means that you still have to do the rest of it. If you’re not prepared to that, then get prepared. Learn the things you need to know. If that doesn’t interest you, if you only want to write… then perhaps self-publishing isn’t really for you.

In an interview in today’s New York Times, comedian Louis CK talks about his recent independent work — and the effort and time it requires:

Does it matter that what you’ve achieved, with your online special and your tour can’t be replicated by other performers who don’t have the visibility or fan base that you do?

Why do you think those people don’t have the same resources that I have, the same visibility or relationship? What’s different between me and them?

So why do I have the platform and the recognition?

At this point you’ve put in the time.

There you go. There’s no way around that. There’s people that say: “It’s not fair. You have all that stuff.” I wasn’t born with it. It was a horrible process to get to this. It took me my whole life. If you’re new at this — and by “new at it,” I mean 15 years in, or even 20 — you’re just starting to get traction. Young musicians believe they should be able to throw a band together and be famous, and anything that’s in their way is unfair and evil. What are you, in your 20s, you picked up a guitar? Give it a minute. 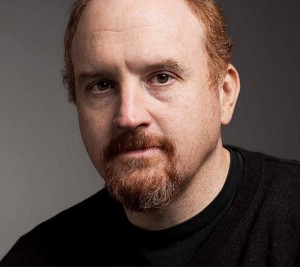 The benefit of putting in the effort, though, is that it allows you to negotiate with the traditional companies (if you choose) from a position of strength. As CK notes later in the interview:

And HBO will let you do an online release of “Oh My God” later in the year?

Another reason I was willing to do it there was because I had told them I have to be able to sell it on my site. At first HBO was like, “We can’t do that.” And I said, “Well, let’s not do it then.” The power I had was to be able to keep saying: “I’ll do it myself. I do not need you.” They took a while on that one.

A similar story can be seen in the example of Hugh Howey, a self-published SF author who recently signed a six-figure deal with Simon & Schuster — but only for the print rights to his books. He kept the digital rights himself. As an author who was already selling well, he didn’t really need Simon & Schuster, so he was able to negotiate from a position of strength. Which is not to say that this is easily-replicable, though — looking at Howey’s career, you can clearly see he is driven to do the work needed to succeed, above and beyond the writing (securing foreign rights, for example). That drive is the critical element. 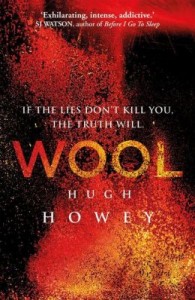 He’s got an interesting article on self-publishing up on Salon.com today, where he posits that it’s actually easier for a writer to make a nice mid-list living, paying a few bills every month, as a self-publisher than via traditional methods. It’s worth reading, and echoes the last installment of these Insurgent Creative posts, “Nobody Gets Rich But Everybody Gets Paid.”

Howey’s article stands as a rebuttal of sorts to a Salon piece earlier this week by a self-professed Self-Publishing Failure, who appears to have done little more than dropped a book into the world, and hoped that it did well. The author in question, John Winters, made no attempt at self-promotion (he currently sits on two separate twitter accounts, neither with more than a dozen or so followers), or much of anything else beyond writing the book — yet somehow expected the sales to come pouring in. Too many people read the huckster-ish One True Way-filled posts of self-appointed gurus like Joe Konrath and expect that is all it takes.

It’s not a get-rich-quick scheme. There’s a bunch of extra work, beyond the creative side, that you have to be willing and able to do. For those that are wired that way, though — who look forward to challenges like that, who enjoy throwing themselves fully into learning new skills and using them — it’s worth doing.