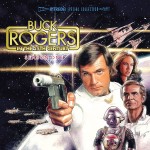 Here we go again… For those of you who aren’t aware, starting a hair over 9 years ago (!!!) in February 2005, I started a regular feature on my blog, called Friday Music. It was a “Mixtape of Teh Intarwebs” — a set of mp3s of stuff that I’d been listening to recently, or had just discovered myself. It ran for quite a while, years of weekly entries– and then, of course, less frequently, until it faded away almost entirely. My last attempt was in May of last year. I’ve had a few people ask me to bring it back, and when I recently mentioned that I’ve been tempted to do so, I was hit with a bunch of folks saying “Please!” — so here we are.

As always, if a link gives you trouble, try copy-and-paste, and if it’s down (these links usually are ephemeral), a Google search or a search on iTunes or Amazon will track the song down for you. Now for this week’s songs:

This first track is something I’ve been searching for since February 1980, when the “Space Rockers” episode of Buck Rogers In The 25th Century first aired. The episode featured… well, Space Rockers. A band called Andromeda, whose music was being used to make The Kids commit violent crimes on behalf of The Bad Guy via subliminal messages — sort of an early version of the plot of the Josie and the Pussycats feature film. Anyway, the appregiated-synth-heavy funk of Andromeda was something that, for whatever reason, really stuck with me, and I’ve been trying to find a copy of it ever since. Late last year, collector soundtrack publisher Intrada released a 3-CD version of the music from Season One of Buck Rogers, and, sure enough… here are the Space Rockers. Johnny Harris – “Andromeda (from Space Rockers)”.

Long-time readers will recall that I’ve got a fascination with K-Pop groups. This is one that I’ve posted about before, 2NE1 (I previously featured “I am the Best (내가 제일 잘 나가)” – link to video here). This is another one that is a serious ass-mover — but also subject to a bit of controversy — at around 1:55, the song features a sample of a young boy singing passages from The Quran, and the Korean Muslim community immediately took offense. The abbreviated title of this song stands for “Mental Breakdown” — 2NE1 – “MTBD (멘붕).”

Here’s a track that I found via a Target commercial, of all things. I was struck immediately by the very 80s sound of it (to my ear, at least), and out came the Shazam app on the iPhone, so I could find out who it was. This L.A. band played Glastonbury in 2013, and earned a top spot in the BBC’s Sound of 2013 poll. Haim -“Forever.”

UK musician Barry Adamson has been a member of The Buzzcocks, Magazine, Nick Cave and the Bad Seeds, and Visage. This swingy sexy instrumental is from his 1996 solo album Oedipus Schmoedipus plays like a lost mid-60s Bond soundtrack tune, which, of course, is why I love it. Barry Adamson – “The Big Bamboozle.”

A track from my writing playlist for FAR WEST, from a late-period Spaghetti Western (and recently used to good effect in Tarantino’s “Django Unchained”). The song was composed by Luis Bacalov (who did, among other things, the theme to the original “Django”), with vocals — in English — by Edda Dell’Orso. Luis Bacalov, with Edda Dell’Orso – “Lo Chiamavano King (His Name Was King).”

A little bit of UK hip-hop, from one of my favorites of that genre, Roots Manuva. This track is a remix by Matt Helders — the drummer from the Arctic Monkeys. Roots Manuva – “Again and Again (Matt Helders Remix).”

Reliving parts of my misspent youth by listening to a bunch of 2nd-wave Ska recently — I found a copy of the concert documentary “Dance Craze: The Best of British Ska LIVE!” from 1981. One of the performances is The Bodysnatchers doing a cover of a 1967 Desmond Dekker tune. No recording of the cover exists, so here’s the original. Dem a loot, dem a shoot, dem a wail! Desmond Dekker – “007 (Shanty Town).”

So there you go. We’re going to try to make this a regular thing — so I’ll make you a deal: Sound off with comments below, or via Twitter or whatever — let me know you’re out there, and I’ll see you back here in 7 for another entry. Enjoy!