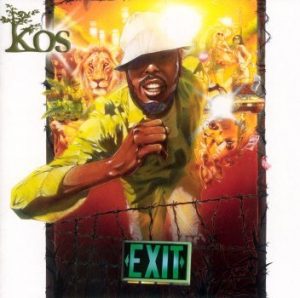 Been so busy on FAR WEST and teaching this week that I’ve slacked off on posting regular entries… but I’m not about to let Friday Music slip!

To start off, here’s one of my favorite hip-hop tracks, from 2002. Those of you getting into hip-hop via HAMILTON will probably like this one — it’s got that kind of nested-complex-rhymes thing that Lin-Manuel Miranda does so well, and the backing track is based around jazz samples. K-OS, “Superstarr, Pt. Zero.”

From around the same time, coincidentally, here’s a bit of indie pop/soul from Philadelphia-based singer Res. It was her breakthrough single, but her label was eventually phased out during a buy-out, and she eventually asked to be released from her contract when the new label owners weren’t releasing any of her material. She’s gone completely indie, and still records and releases work — including as part of a hip-hop/electronic duo with Talib Kweli, called IDLE WORSHIP. Res – “They Say Vision.”

This song is a helluva lot older than I thought it was. I knew it was a Lead Belly song from the 1940s, under the title “Black Gal.” Turns out that it’s actually a traditional Southern folk song, dating back until at least 1870, and possibly earlier, with the original title “In the Pines.” This is my favorite recording of it, under the title “Where Did You Sleep Last Night”, recorded live during Nirvana’s MTV Unplugged appearance in 1993. Cobain’s ragged voice, and especially the pained howl he gives during the climax of the performance, really sends chills down my spine. Nirvana – “Where Did You Sleep Last Night.”

I know almost nothing about this next artist, aside from the fact that her album, Skin, was just released, this single was featured on Apple Music, and one of the music blogs I read really, really likes her. After giving a listen to this alt-pop track, so do I. Carmody – “Skin.”

Sticking with the alt-pop genre for a while, I really like this one, too: Ardyn, a group comprised of 2/3 of a set of triplets from Glouchestershire, who have really put together some rousing, yet slightly melancholic, pop structures in this song. Ardyn – “Over The River.”

We’re gonna close out with more high-quality hip-hop — with the kind of genius verbal dexterity I really love, layered over a solid bass & horns 70s-soul/funk groove that I might love even more. Shirt is an indie Queens-based MC, and he’s getting some serious boost from the fact that this track was used in the closing credits of a recent episode of HBO’s Silicon Valley. I cannot emphasize enough how fucking GOOD this is. Enjoy: Shirt – “Phantom (Redux).”

There ya go, kids. See you back here soon.