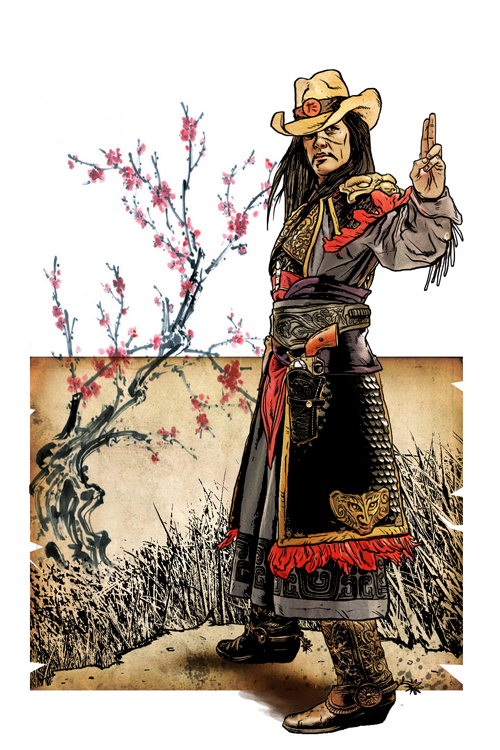 First off, spreading the Kickstarter love: Heartbreak and Heroines, a fantasy RPG specifically designed (in the words of the author) to be much more inclusive:

Heartbreak & Heroines is first and foremost a fantasy adventure game. It’s not preachy and it isn’t a textbook about feminism, but it’s written from a feminist point of view. It challenges some of our assumptions about the role of gender in gaming but at the heart of H&H, it’s about being a heroine (or hero) and finding your way to happiness in a dangerous world.

I think that this is great, a laudable goal, and also pretty much exactly why Kickstarter exists. Come up with an artistic project concept, tell people about it, and get the project funded if enough people are interested.

So naturally, there is a 200+ message thread on RPGnet, bitching about it. Now, to be fair, most of those messages are in defense of the project (or at the very least “WTF”-ing the detractors) — but still. The “conserva-gamer-libertarian-anti-‘political-correctness’-warrior” stereotype is out in FULL BLOOM, kids. Because making an effort at inclusion? “Extreme.” “Silly.” “Insulting.” “Condescending.”

I pledged just because they pissed me off. I want to see this game funded because it will stick in their craw like the ashes of defeat.

When the thread started, I saw that the designer had only raised $300 or so. She’s asking for $3K. I’m pleased to report that it’s almost to $1K now, less than a day later — and the Kickstarter runs for another 29 days. So please, consider chucking a pledge their way.

1st, it seems that the original poster also has a problem with what he calls “the Kickstarter Gold-Rush” — I’ve seen him bitch elsewhere, terming it “the money-grab”, etc. The less-socialized corners of the geek community has always had a problem with people obviously enjoying something that they don’t, and therefore railing against it with as much vitriol as they can muster. Kickstarter must really push that button even harder, because the enjoyment of others now has a visible dollar-value tagged to it, making it more of an incitement to rage to these folks.

To which I say: Fuck you, grow up.

People like things you don’t, and sometimes they ‘like’ with money. Nothing to bitch about here (without waving the “I have problems with mature interactions in public” flag wildly, at least).

Second: Inclusion? Important. Just as important to those of us who have chosen not to make it an explicitly-stated mission statement of a project, in fact. I draw your attention to the artwork that we’ve presented from Far West:

We didn’t come right out and say it. We were sneaky. But everything we’ve done, we’ve done for a reason.

(So I guess now the Usual Suspects will grouse about our ‘political correctness’ and give us an upward spike in pledges, too!)

15 Replies to “Inclusion in RPGs”