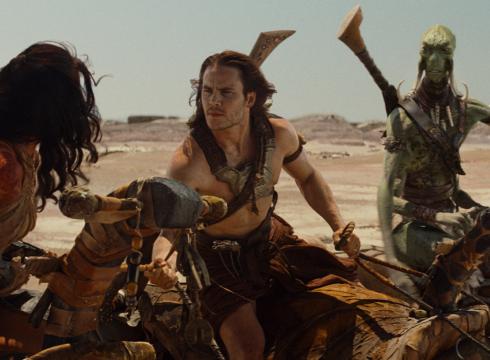 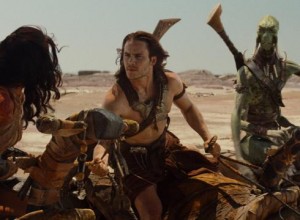 Around 20 years ago, Disney released a film, based on a property only familiar to a few. The film was a nearly-perfect adaptation of the source material, and a great film in its own right. The studio, however, didn’t support it that much, and when it opened at #4 in the box office, it quickly sank. That film was The Rocketeer, and to this day, Disney continues to give the film a short shrift — most recently releasing a bare-bones no-extra-features BluRay for the 20th anniversary — despite the fact that it stands as one of the studio’s best-realized productions.

I see a lot of The Rocketeer in John Carter.

I’ve been a fan of the John Carter stories since I first read “A Princess of Mars” at age 11 or 12. My wife and I saw the midnight premiere of John Carter last night, in IMAX 3D — and despite reservations that I had, from awareness of the studio’s dumping the film in a traditional dead zone for releases which traditionally presages a dud that they’re looking to forget quickly, what I saw was a nearly perfect distillation of the themes and images that have been in my head for 30 years. Some changes were made, of course — such things are inevitable in film — but the changes (especially an updating of Dejah Thoris into a more active and capable character, while still maintaining her traditional allure) actually serve to make the film better than the source novel in some respects.

In many ways, it’s a bit like Peter Jackson’s Fellowship of the Ring in that way — a film that gets the look and feel of the work so very right, but with slight changes that make it a better film.

Of course, the press has passed judgement — they’ve read Disney’s intention (the neutering of the title, the early March release, the near-total lack of tie-in support), and, as ever eager to follow the lead of their betters, are lining up to belittle the film as gimmicky, one-dimensional, hokey, and even derivative. (Yes, a century-old story which influenced dozens of sci-fi blockbusters is now criticized as copying those blockbusters. This is the culture we’ve created, kids — welcome to it.)

Don’t believe it. John Carter is everything a Mars movie should be: mysterious, wondrous, exotic, thrilling, and filled with unabashed pulp heroism. Efforts like this should be rewarded.

The fans of NBC’s always-on-the-brink-of-cancellation Community have a saying: “Six seasons and a movie.” John Carter deserves a trilogy (at least) — but at this point it doesn’t look likely that it will even make back its budget on US box office. Which is a damned shame — because the lesson that Disney will learn from this is that films like this don’t make any money.

If you love science fiction, pulps, or just a good, old-fashioned tale of heroism, do your self a favor and go see this film, before it, like The Rocketeer before it, sinks out of view.