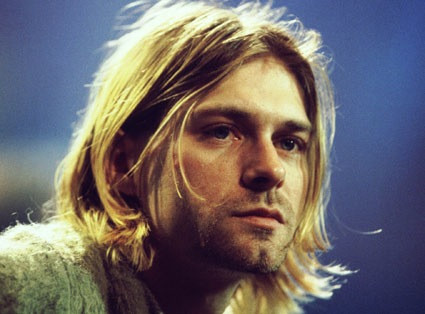 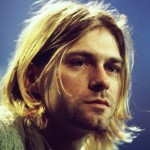 Here we go again — another Friday, another installment of Friday Music.

Starting off this week, as the picture would indicate, a little something to mark the 20th anniversary of the death of Kurt Cobain. Rather than post a Nirvana track, which all of you are already familiar with, I’m instead posting this remix, created by Reid Speed in tribute to Cobain. It takes the lesser Nirvana track “You Know You’re Right” and performs serious wonders with it, keeping its driving energy but transforming it from hard rock to electro-house. Nirvana – “You Know You’re Right (Origin Reid Speed Remix).”

A gear shift into a wonderful discovery I made earlier this week — Bobby Womack, one of my favorite Soul singers of the 70s, responsible for classic tracks like “Across 110th Street”, is still recording. This is a track from his most recent album (from 2012) — a track where he duets with Lana Del Rey: Bobby Womack – “Dayglo Reflection (feat. Lana Del Rey.)”

Some new hip-hop for your Friday. Two of the most gifted lyrical MC’s in the business, Pharaohe Monch and Black Thought, collaborate on this track from Monch’s forthcoming album, PTSD: Post Traumatic Stress Disorder. And it’s the rap that gets me with this track — brilliantly crafted, with nested rhymes and call-backs, plus pop-culture and literary references and some phenomenal imagery (“I’m trying to see Man United without supporting a soccer team” and “possessive like apostrophes” are two examples). Give a listen. Pharoahe Monch – “Rapid Eye Movement (feat. Black Thought).”

The soccer reference puts me in mind of this track, which (again) I discovered via the soundtrack to EA Sports FIFA 2012. Graffiti 6 is collaboration between two songwriters, one a producer and one a vocalist, from London. I love the chill 70s R&B vibe of this track. Graffiti 6 – “Stare Into The Sun.”

We’ll close out with a rarity, inspired by recent writing I’ve been doing for Cubicle 7’s Doctor Who RPG. For folks who’ve seen the 1996 TV Movie that gave us the Eighth Doctor, you’ll recognize this as the jazz record that the Seventh Doctor is listening to in the TARDIS. When the song starts skipping on the word “time” in the bridge, the Doctor knows that something is wrong… Well, this track wasn’t made specifically for the film, it was a piece of bulk-royalty library music for use in films. It took me ages to track it down. Pat Hodge – “In A Dream.”

So there you go, kids. Enjoy, and I’ll see you back here next week.