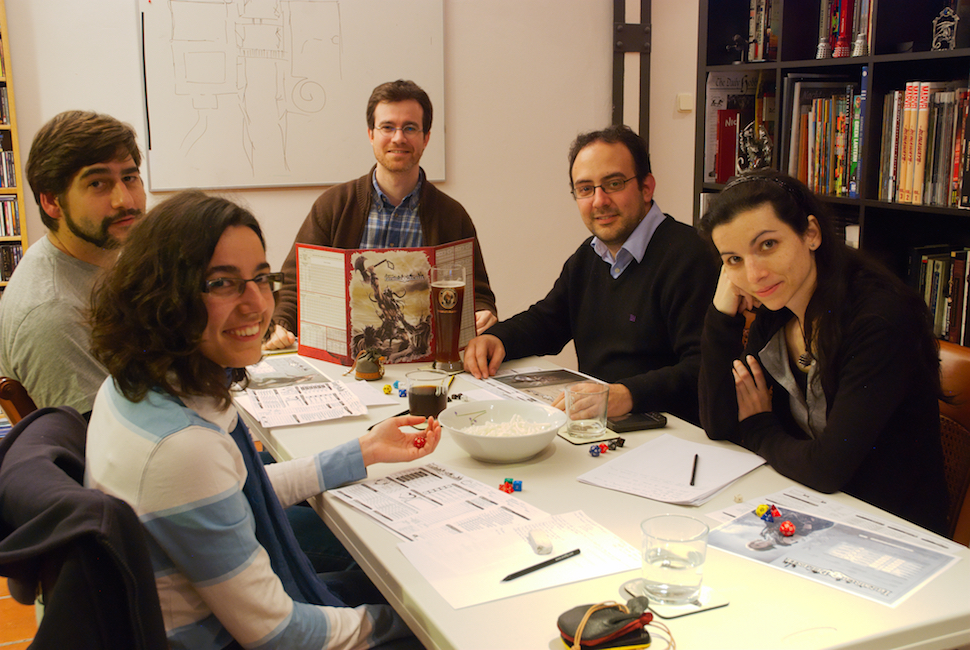 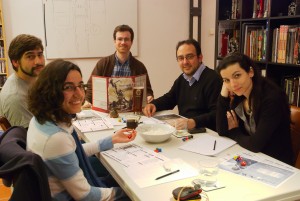 (I recently had to re-up my webhosting for this site, which really brought into focus the fact that I’m paying for something I barely use. So I need to change that. I like having this site up to point to for professional reasons — work I do outside of the stuff I release through Adamant (which has it’s own site), so I’m going to make an effort to post more stuff here, rather than just stick to short-form commentary via Twitter. I hope you’ll join me.)

Recently, the topic of harassment and assault in the tabletop gaming community has been raised again. The blog “Latining” posted a harrowing, disturbing account of one gamers’ experiences, under the title Tabletop Gaming Has a White Male Terrorism Problem. Naturally, this has resulted in a certain type of gamer whining that the title is inflammatory and unfair (#NotAllMen, after all). Congratulations, boys — now you know what roughly a billion Muslims feel like, when they are viewed with suspicion simply because they share a demographic trait with some horrid fuckknuckle half a world away. Get over it.

ENWorld recently published an editorial on the same topic, by Christopher Helton, titled We’re All Gamers Together — Why Harassment Has To Stop, which includes further accounts that were shared with Helton by female interviewees.

Naturally, this has lead to a discussion in the comments, and, although I’m pleased that there have been fewer examples than I expected, it wasn’t long before the Usual Suspects reared their bearded, be-Trilby’d heads. You know the arguments: “I’ve never seen this in my Umpty-six years of gaming, so it must be an exaggeration.” “Sure, its a problem, but surely a minor one, so why demonize all white male gamers?” “BLARGH BACHOMP BACHEWY CHOMP SJW CONSPIRACY VIRTUE-SIGNALLING NONSENSE BACHOMP CHOMP.”

You know: The usual.

Never mind that literally every woman I know in tabletop gaming has a story about harassment (or worse) — and that includes professionals as well as hobbyists. By the logic of these fuckboys, all of the women I know must be part of some grand all-encompassing conspiracy of lies.

When the subject of harassment policies being necessary is raised, there of course were those who obsessed over the assuredly equally-important issue of FALSE ACCUSATIONS. Again, this will come as a surprise to exactly no-one.

“There needs to be policy for handling false accusations!”

If you’re “falsely accused” of harassment at a Con? The punishment is you have to Go Home. Boo-fucking-Hoo. Life goes on. There doesn’t need to be policy “protecting against” that minor inconvenience. There DOES need be zero-tolerance policy against harassment.

If zero-tolerance means that somebody might get booted falsely? Oh well. The alternative is worse — letting it go. Letting somebody get away with harassment, or worse. Letting them continue to possibly prey on others. And your inaction sends a message to every other person in the event. You’re letting potential harassers know that you’ll do nothing, and you’re letting potential victims know that they’re at risk, and you don’t have their backs. Given that, this isn’t even a question.

What bugs me the most is the vehemence of those arguing.

If you don’t harass? The policy doesn’t impact you.

If you don’t assault? The policy doesn’t impact you.

If it doesn’t impact you, why argue? How does the existence of such a policy affect your life in any way?

If your answer is “because I might be falsely accused,” maybe you should ask yourself why that might be.