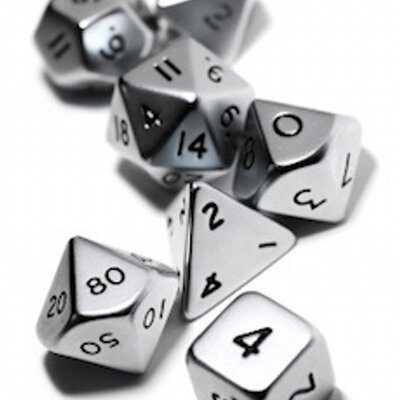 Yeah, I know — it’s been two months since I posted anything here. 2019 is not off to a roaring start. Been getting my ass kicked by illness (my wife and I seem to be trading the same bug back and forth), late projects, and depression & anxiety so bad that I’m actually seeking professional help for the first time in my life.

But that’s not why I’m here!

A friend of mine, Dennis Detwiller, recently posted a thread on Twitter which resonated with me. I’ve been meaning to do a similar talk, offering the advice of my time in the trenches, perhaps Patreoned, related to my Insurgent Creative series of blog posts. I still might. But in the meantime, read what Dennis has written. Take notes. Save it. LEARN FROM IT.

“Many of the lessons I’ve learned in #TTRPGs are from the years I put in making them fulltime (from 90 or so, until 2001). SO much has changed since then, though many act as if it has not changed at all. Doing so, they remove their chances for success.

So, former situation. 15 years in #videogames from jr. designer to VP for Warner Bros. Worked on many games. Learned a lot, never was let go, earned comparatively little for how much work went in at all levels. Now I make #TTRPGs fulltime since 2016.

So, #TTRPGs credentials. I co-created #DeltaGreen, worked on the original sets of #MagicTheGathering, created and co-created RPGs like #GODLIKE and #WildTalents. Delta Green and Delta Green: Countdown are oft-noted #1 and #2 on @RPGnet highest reviewed RPG products. So…

In the 1990s, when we created #DeltaGreen, we were 5 guys living in an old house with no money. We had no external resources. We did everything ourselves. With that tech, it took YEARS. The books were printed at glacial speed, shipped to a distributor and our money…vanished.

Places like Wizards’ Attic and others took our stock, sold it, made bank and never, ever, paid us. Distributors pretended we didn’t exist, even when they would get calls about the books; “out of print” being the standard cry. Three-tier publishing sucked. #TTRPGs

So this is the first rule of #TTRPGs, for me (YMMV): When you can, sell direct. This has many benefits (like actually getting paid). You make a direct connection with the customer too. Which is huge. Trusted distributors and stores are good too, but the customer comes first.

At the same time, communication was difficult with fans back in the 90s. #DeltaGreen was lucky enough to develop a vibrant email list (which is still around and used!) and that proved to be the key to keeping people engaged. Today, there are VAST resources available to connect.

Rule two of #TTRPGs, for me (YMMV): Engage with your GMs, players, and public. Put yourself out there, but don’t be afraid to say what you mean. Don’t change your tune to make sure the “customer is always right”—this will only attract the strangely demanding customers.

We tried to get ahead by printing in bulk, and by getting our books into wider distribution. Notably, for #TTRPGs, this is of little help. Even if we got a copy in Borders’ Books or Barnes and Noble, we were paid a fraction of the cover value MONTHS later, if at all.

Rule three of #TTRPGs, for me (YMMV): Don’t chase numbers like conventional book publishing. Even the biggest level TTRPG is tiny compared to any “real” book, and the number of possible customers out there is severely limited. IGNORE NORMAL PUBLISHING BUSINESS RULES.

Pre-orders almost always worked to get our stuff off the ground. Few may remember, but we often went direct to fans to scrape up money for #DeltaGreen and other #PaganPublishing titles. But this was in the old, slow motion, through the mail variety of fundraising.

Rule four of #TTRPGs, for me (YMMV): Go direct to fans through @Kickstarter, @Patreon, @Drip, what-have-you, and get a vibrant back and forth going. Don’t fight what they want or don’t want, their support will tell you where you should go.

In the 90s we DREAMT of the digital resources that exist today. I recall setting up ancient #DeltaGreen websites for hours, and even embedding a video for GODLIKE on a webpage in like 1998 or 1999. We tried, but the resources to really change things didn’t exist yet.

Rule five of #TTRPGs, for me (YMMV): If the person buys the physical, give them the digital. Digital PDFs of the book should be about half the cost of the book if sold separately (this is not a hard and fast rule). More people with access = more interest and more players.

In the early 2000s a glut of d20 products gummed up the three-tier distribution system, ending in a crash of d20 content. This was for many reasons, not the least of which was the speculative nature of buying product ahead of time.

Rule six of #TTRPGs, for me (YMMV): Glut doesn’t matter. There is no confusing maze of publisher>distributor>store with huge lead dates to go through upfront (instead, that comes at the end). Find your audience DIRECTLY, sell to them. Get them fascinated, then sell to the rest.

In the 90s and 2000s a ton of experimental games came out, and they were (and those that come out now) are often awesome. I even helped make some! But it seemed then (and now) that every other person is certain they have “the next big change that will take RPGs mainstream!”

Rule seven of #TTRPGs, for me (YMMV): Don’t fight the market’s chosen form-factor. The #RPG book is essentially unchanged since the #ADnD Dungeon Master’s Guide: the big horkin’ book. Every dramatic change you make to that form-factor, you reduce your range of possible customers.

There’s more to all of this, of course, and feel free to ask questions or make comments. What I’m NOT looking for is arguments, because, frankly, it’s kind of a waste of time, and all the above is true and working for me, for years, and RIGHT NOW.

I’m happier, better paid, and more content in #TTRPGs than I ever was in #VideoGames, and for any who know about both industries, that should be a deeply disturbing statement, particularly to those in video games, but I assure you, it’s very, very, true.”

I agree with everything Dennis has said here. I have some further thoughts, and I may get to them eventually — but first, I need to get back to work on very, very late projects.