This week, we move on to some “How” questions. I’ll try to keep these responses brief, though, as these are the sorts of questions where I could (and have) certainly go on at length (and also, I have a shit-ton of work to do this week, so I need to keep all of these non-work writings brief, as a result).

Today’s question: How can players make a world seem real?

Shortest possible answer: By being encouraged to contribute details.

Unpacking a bit: World building should not be the exclusive purview of the game master. Whenever possible, I make it a point for players in my games to contribute details of the campaign world. The fullest example can be seen in the Universe Creation Rules for ICONS (originally seen in the supplement ICONS TEAM-UP, and reprinted in the ICONS: ASSEMBLED EDITION rulebook), which had the players not only rolling up their characters, but also villains, guest heroes, and elements of the setting, so that when the game began, the world was already being fleshed out in their heads, and collaboratively constructed.

But even in a game without rules support for such things, I always try to have players give me brief details on elements they want to see in the game, and providing those details truly flesh out a world and make it seem real. 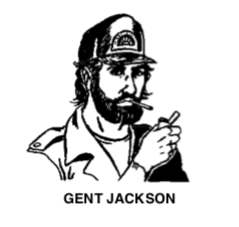 Today is the first of the weekend, sub-thematically-organzied questions: Most Memorable NPC.

I would go with Sebastian, an NPC from my first-ever VAMPIRE:THE MASQUERADE game, back when it was first released.

Sebastian was the player-characters’ Prince. And the opening line of the campaign was: “Sebastian is dead.”

I set up a campaign set in my college town (of course), with the PCs being the only vampires there, squeezed in between two cities (Topeka to the West, Kansas City to the East), with a powerful Prince who protected them from being absorbed by one or the other.

In the opening session, I announced that the Prince, Sebastian had been murdered. Each of the players had secrets they were keeping from the others, some of which involving their relationship to Sebastian, or their knowledge of how he died. I prepared nothing else.

I sat back, and mostly just watched for the entirety of that first session, as the players dealt with the news, and interacted with each other. I’d never had a game session like that before. I don’t think any of us had.

Sebastian would appear as an NPC, more than just a shadow cast on the events of the game — but he would appear in flashbacks, which is another thing I’d never attempted in a game before, but which just seemed to fit this new style of story-telling play.

For me, Sebastian is memorable mostly for what he made me realize was possible in an RPG, a lesson that I carried over into other games.