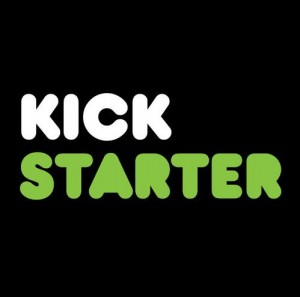 As the song goes, “Let’s start at the very beginning, a very good place to start…”

There are a couple of reasons why it’s natural to kick off (see what I did there?) the Insurgent Creative series with this particular topic. First and foremost, it’s the one that people have been requesting from me since my experience with the platform over the summer, the overwhelming success of which stunned a lot of folks, myself included. I can’t easily count the number of times I’ve been asked for advice, suggestions, or just general “How did you do that?” sort of questions.

The second reason is far more widespread — the simple fact that every creative who has considered, however briefly, striking out on their own has run head-first into the problem of money. You need income — not only as seed money for the projects you undertake, but to do things like pay the bills and put food on the table while you work on the project. It’s one of the biggest roles played by the gatekeepers — they not only fund production, but often they provide an advance so that a creative is able to do the work required. So how do you do that without a gatekeeper?

Kickstarter is a crowdfunding site, which operates on the principle that it’s easier to get 500 people to pony up $10 than it is to get one person to invest $5000. By presenting a project on the site (and it must be a single creative project, no “fund my life” or “invest in my business”-style pitches allowed), you invite potential backers to pledge support, at various levels (similar to the model of the PBS pledge drives — “at the $15 level, you get this coffee mug”, etc.). Payments and processing are handled on the back-end by Amazon Payments, and no charges are run until the project’s funding period ends — and only if you’ve reached your funding target. If you fall short, nobody is charged — no harm, no foul, back to the drawing board. But as long as time remains on your funding period, you can actually raise more than your target. When time runs out, the charges are run, Kickstarter takes their cut (5%) and Amazon takes theirs (between 3 and 5%, depending on amounts), and then, after about 2 weeks or so, your money can be sent from Amazon Payments to your linked bank account. Easy-peasy-lemon-squeezy.

There’s a bit of a gold rush going on right now — in crowdfunding in general, and Kickstarter in particular. The site is the largest and most popular, although there are other sites like IndieGoGo, which operate slightly differently. (IndieGoGo, in particular, is popular with non-US-based creatives, because Kickstarter (well, Amazon Payments, to be precise) requires a US bank account. IndieGoGo links with Paypal, and handles payments differently — you get the money as it comes in, people are charged immediately, and IndieGoGo keeps more of it, refunding some of it back to you if your project reaches its funding target)

Part of the gold rush is due to the increased exposure of success stories — mine, for example, although I’m certainly not alone. People see their fellow creatives getting successfully funded and there’s a certain amount of bandwagon-jumping to be expected — exacerbated by the opinion of some that this is a bubble, that the potential successes are finite, so there’s a rush to “get in before it dries up.”

I don’t think that we are looking at a bubble, though. The US House of Representatives overwhelmingly passed a bill last month which would allow small businesses to raise up to $1 million via crowdfunding, without having to file with the Securities & Exchange Commission. That bill is currently with the Senate, and things are looking good for passage. When that happens, the floodgates will open. The amount of crowdfunding that is occurring now will be dwarfed by what’s to come.

Will that increase in more business-focused crowdfunding squeeze out the more creative-focused “arts funding”? Who knows — although personally I don’t think so. The internet has already shown itself to be a wonderful tool for niche aggregation. There will always be people more interested in funding creatives than in funding businesses. Plus, the increase will lead to the practice being more common and less of a oddity — similar to how the acceptance of eReaders like the Kindle have led to an across-the-board uptake in digital publishing.

So that’s a look at the tool, and my thoughts regarding its future potential. But how did I manage such a massive success? We asked for $5,000, and after 45 days, we raised nearly $50,000. How was that done?

First: I made use of other people’s expertise. The Kickstarter blog has a ton of tips as well as data of all sorts — dig deep into that resource and absorb everything you can. I asked colleagues who had been successful for tips — Gary Sarli responded with a long, detailed email that he decided to turn into a blog post with 15 steps for success, which Kickstarter ended up linking from their site. Daniel Solis has had a lot of success with Kickstarter and writes often on his blog with great insight and advice. Learn from all of this.

Second: My project, FAR WEST, had been something I had been discussing on my blog, on game forums, etc., for the past four years. My small existing fan base was in the area of tabletop games, so I opted to launch the property with a role-playing game, to appeal to that fan base. Is that replicable for others? Maybe not to the same extent, but the advice is sound — the goal for an Insurgent Creative is to build a fan base. Once you’ve got folks interested in what you’re doing, it becomes a far simpler matter to make a living doing it. As Kevin Kelly posited with his 1000 True Fans theory, or as Howard Tayler related the idea of “Grizzly Bear Soup” — the hard part is getting the fans. Once you have them, the rest is easy.

But here’s the thing — as much as everyone talks about Kickstarter as a tool for fundraising, they’re missing the true “killer app” of the site. Kickstarter is a great way to raise money, yes — but what is far more valuable than the money is the community that you’ve created at the end of your funding period. A successful project will come away from Kickstarter with a certain amount of cash, but will also come away with a group of engaged, excited and enthusiastic supporters — each of whom have their own network of friends and acquaintances. You’ve got the seeds of a fan base.

That should be your true goal, and one that I think is achievable even if you go into a Kickstarter with no existing fans, as long as you manage your project well.

I could go on about this for days, but I’ve got 23 more things to cover. I’ll turn it over to you — if you have questions, feel free to ask via the comments below.

2 Replies to “Advent of the Insurgent Creative, Day Two – Kickstarter”