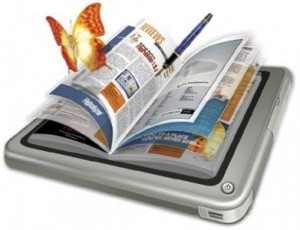 Back on Day Nine of this series, I spoke about the Amazon Kindle Direct Publishing program, and it’s importance to Insurgent Creative writers, as it represents 60 to 70% of the total electronic publishing market. For a writer to make a living without a traditional publishing deal, it is essential to be available via the market-leading site. To thrive, however, it makes sense for a writer to have material available via as many platforms as possible. Otherwise, you’re just leaving money on the table. Rather than cover some of the other options as short individual entries (and given that we only have 4 more entries in the series), I’ve decided to cover some of the other publishing options briefly in this entry.

PubIt! is Barnes and Noble’s rather unfortunately-named electronic publishing platform, specific to the Nook ereader. Barnes and Noble is one of the top three sites, sales-wise (Amazon and Apple being the other two). Unlike Amazon, which uses the Amazon-proprietary Kindle format (based on MOBI), PubIt! uses the open-source standard EPUB format. Files can be imported ranging from Word, HTML, RTF and TXT and covered to EPUB via a free tool offered by the site, and can be error-checked via a Nook simulator before submission. From there, the process is fair standard to pretty much any epublishing platform. FAQ and instructions can be found here.

One thing to keep in mind is that PubIt! requires a U.S. Bank Account, U.S. Credit Card, and a U.S. Tax ID (either Social Security Number or Employer Tax ID number), that are ALL tied to a U.S. address. In addition, books released through this platform will only be offered for sale in the U.S (which, bluntly, puts Barnes and Noble at a serious disadvantage to Amazon KDP, which offers books world-wide).

Smashwords is not only a (fairly negligible) sales site, but also an aggregator, allowing authors to have their material sent via the platform to other sales sites, including the Apple iBookstore, Barnes & Noble, Sony, Kobo and the Diesel eBook Store (and Amazon too, starting next year). Generally, speaking, I would recommend that a writer deal directly with each sales platform — but that’s because I prefer more direct control. If you don’t want to be bothered with that level of involvement or maintenance, then going with an aggregator makes sense. Expect to be paid somewhere in the neighborhood of 60% of your book’s retail price, and payment is also only issued quarterly.

Apple’s iBookstore is one of the big three, and you can submit your work directly, or go through one of Apple’s approved aggregators (including Smashwords and Lulu). Apple uses the EPUB format exclusively. Books sold through the iBookstore earn 70% for the writer (even on books priced outside of the $2.99 to $9.99 range, so here Apple has an advantage over Amazon, albeit one which is pretty much entirely negated by Amazon’s far larger market share).

Lulu is a publishing option that’s been around for a while, and primarily offers print options, although electronic publishing is also available via your Lulu storefront. They also offer print distribution to bookstores via various paid programs. I’ve used Lulu for years for a handful of RPG titles, and sales have never been stellar — but steady. I suspect if I spent more time exploiting all the tools that Lulu offers, my results would be better.

Speaking of RPGs — another option for those of you producing game books, or books which might have a large crossover with the gaming audience — as I mentioned in Day 12 of this series, OneBookShelf now offers a print-on-demand program. (The procedural FAQ is here.) The program does not offer distribution outside of the OneBookShelf sites (RPGNow, DriveThruRPG, etc.), but integrates with the electronic publishing sales, and is a worthy option for writers who produce material of interest to gamers.

There are many other sites and services out there, and as always your best bet is to educate yourself as much as you can about all of your options, and to make the choices that benefit your career. If you’re going to make a living on your own, it makes sense to have as many tools as you can at your disposal.