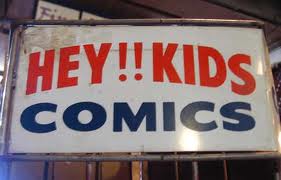 Been giving more thought to the idea of a digital comics line. The recent debut of Chris Roberson’s Monkeybrain Comics, joining the ranks of Mark Waid and John Rogers’ Thrillbent, shows that the digital field is growing. Despite my post earlier this week where I lamented the hectic pace that results from my desire to “DO ALL THE THINGS!”, this really is one of those things that I keep coming back to, so I’m fairly sure that I’m going to give it a shot at some point, and most likely sooner rather than later.

What follows are a list of Guiding Principles that I would keep in mind for any digital comics project:

So what about you? What would you want to see — your Guiding Principles?