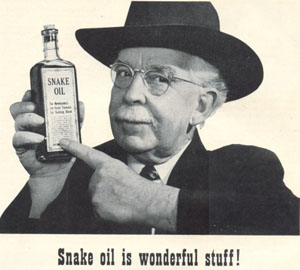 We’re witnessing the growth of a new market, drawn by the media attention given to high-profile crowdfunding success stories. With even non-tech Kickstarters (like plastic miniatures for tabletop gaming, for example) drawing several million dollars in funding, the inevitable gold rush has begun. Not the expected gold rush of prospective creators looking to get their idea funded — that’s been happening already. No, the secondary gold rush of “consultants”, coming in to offer their expertise to prospective creators — promising assistance in achieving crowdfunding success… in return for a fee, of course.

I cannot be more blunt: Never pay for Kickstarter consulting.

Don’t pay a flat fee; don’t pay a percentage of your funding if successful (which some consultants proudly tout as if it’s somehow a virtue); don’t pay a goddamn thing. Period.

First of all, you don’t need to. There is tons of advice out there, freely available. One excellent source, constantly updated with new advice, is the Kickstarter blog itself. Here are some others (including some specific gems from the Kickstarter blog):

…and that’s just scratching the surface of what’s out there. A depressingly large number of the Kickstarter “consultants” shilling their wares out there are, in fact, doing nothing more than re-packaging the freely-available data and advice.

Here’s another thing: Many of us who have had successful projects are more than willing to offer advice and answer questions when we have the time. We sit on seminar panels at conferences and conventions, and are also easily reachable via Twitter or email. The “trick”, if it can be called one, is to be polite when asking, and understanding of our time constraints. Sometimes we have the time for detail, sometimes we don’t. But, personally speaking, I’m never going to charge you for simply asking. If I can help, I will — it’s no hardship for me to answer a few questions if I have the time. Many of us (based on the responses I’ve heard from folks in recent discussions on Twitter and Google+) feel the same way. We recognize that the key to crowdfunding is the crowd, not the funding. We were successful ourselves because of that community, whether it was from other project creators offering direct advice or only the opportunity to observe their experiences. The successful funding came from the community as well. We are part of that community, and the desire to “pay it forward” is a factor of that community.

The second reason to avoid Kickstarter consultants is more forward-looking. It is my opinion that the use of professional business and marketing consultants on crowdfunding projects not only goes against the community-driven model of the phenomenon, but also contributes to the growing commodification of crowdfunding. It pushes crowdfunding further along the line away from individual creators with ideas, approaching a community for backing, and more towards a world in which sites like Kickstarter are dominated by companies who have paid professional marketers to “sell” their funding project.

Ask yourself: Is that what you want? A world where Kickstarter is an arms race between projects that have the better/more professional marketing plans?

I worry that world may be inevitable. The attention paid to the site’s big-number success stories make it hard to see it going in any other direction. Like gold rushes of the past, the allure of big money will draw large numbers of folks looking for their big break, and if those folks feel as though paying a consultant is a ticket to that success, they’ll do it.

So maybe I’m shouting into the wind here, trying to let folks know that the advice is already available for free. That doesn’t mean that it’s not worth shouting, in any case.