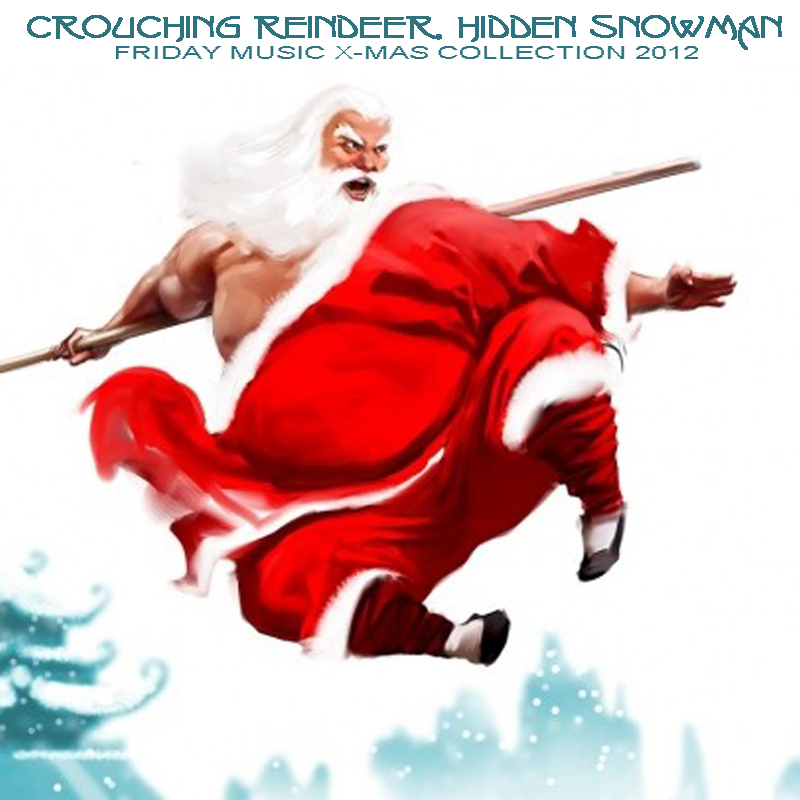 Long-time readers will recall that from 2007 through 2010, I would post (as part of my “Friday Music” series) a collection of Christmas music — not the usual stuff you heard on the radio, but stuff that I found odd or interesting.

I really haven’t done much in the way of Friday Music posts in 2012. It’s something that I’d like to get back in the habit of doing in 2013 — I enjoy pointing people at cool tunes.

With that in mind, I decided to go ahead and do a Christmas collection for 2012, as a sort of promise to myself that I’ll get back to doing Friday Music again in the coming year. If you click on the album artwork above, you’ll be taken to the rapidshare link of the zipped album.

1: The Futureheads – “Christmas Was Better In The Eighties” : 21st century post-punk band from Sunderland, telling it like it is.

2: Bryan Adams – “Reggae Christmas” : Early viewers of MTV will remember this one, with a video filmed in the old MTV studios, featuring the original VJs and Pee-Wee Herman wearing a dreadlock wig. Somehow, we managed to ignore just how minstrel-show the whole thing was.

3: The White Stripes – “Candy Cane Children” : Jack and Meg White do their low-fi strangeness that barely has anything to do with Christmas, or maybe it does. Who can tell?

4: Donny Hathaway – “This Christmas” : One of the best male voices in Soul doing a classic. Enough said.

6: Sting – “I Saw Three Ships” : Gotta love English traditional carols. “We’re a sea-faring power — let’s do a nautical song about Christmas!” “But what do ships have to do with–” “SING, DAMN YOU!”

7: KITT, The Car of the Future – “A Knight Rider Christmas” : A 1983 holiday 45, featuring Michael, KITT and an uncredited rapper. You’re Welcome.

10: Peace – “All I Want For Christmas Is You / Creep” : Brilliant mash-up of the two songs, performed live in a BBC Radio studio — and recorded from a BBC6 broadcast (hence the DJ at the beginning).

11: The Primitives – “You Trashed My Christmas” : Best known here for “Crash”, the UK indie-pop group does a good take on the traditional “Christmas Breakup” genre.

12: Julie Roberts – “Who Needs Mistletoe” : Raunchy country juke-joint holiday cheer, all about being naughty, and isn’t that nice.

So there you go. Merry Christmas to all.