Because I obviously need yet another project to occupy my time (especially an unpaid project driven by my inner fanboy), I’m ripping offtaking inspiration from Ken Hite’s 2007 blog series and 2008 book Tour de Lovecraft, to cover the James Bond canon of Ian Fleming.

Ian Fleming is my favorite author, and has been since I first discovered him when I was 10 or so. By that time I was familiar with the James Bond films (they had formed a fair number of my parent’s early dates), but reading the books, completely different from the films, was like opening a door in my head. My love of Fleming, Bond and spies in general led to my first gaming experiences (when my friend John Cochrane gave me a copy of the 1st edition of TSR’s Top Secret for my 12th birthday), leading to other games, and my chosen profession, and well, everything. I named my son Ian.

So what is the Tour de Bond? Just some commentary and thoughts on the novels, in their publication order. No heavy literary criticism (it’s been done), or a lot of time spent on plot synopsis –although the reader should be aware that my comments may at times contain spoilers (I don’t feel particularly guilty about this, when the books are 50 years old and most plot elements have been used in the very well-known films). Nothing too long — again, just thoughts on the works, which I’ve read many times over the past 30 years or so. I’ll be shooting for weekly updates — every Monday, from today’s entry on 1953’s Casino Royale to the final entry for 1966’s posthumous collection of short stories, Octopussy and The Living Daylights, which should take us to the last Monday in November.

So here we go:

This book, the first in the series, was also my introduction to the Bond novels. A dog-eared 1960s signet paperback in the various volumes of our living-room bookshelf. It caught my interest because it was a Bond story that wasn’t one of the movie titles (at the time I was unaware of the “groovy” 1967 parody film). It remains, by shared virtue of nostalgia and actual quality, my favorite of Fleming’s novels.

The pacing is what strikes me — this is a blistering-fast read. Fleming sat down and wrote the book at his vacation home in Jamaica as a way to get his mind off his pending marriage at age 43. As he outlined in this 1960 article on ‘How to Write a Thriller’, he would work for 4 hours per day on pure narrative, not stopping, not hemming and hawing over word choice — just go, go, go. In 6 weeks, he would finish a book and any problems would be ironed out during editing. It shows in the text — no other author I’ve read has the mastery of pacing that Fleming demonstrates, with the possible exception of Robert E. Howard. Fleming hurtles along from event to event, with details left as touchstones for the reader to expand into a full tapestry (he was especially fond of brand names, which he felt immediately carried not only detail but context and emotional content on the part of the reader — hence the very specific mention of Bond’s clothing, food, drink, gear, etc.).

The plot of this novel is perhaps the most straightforward espionage tale of the Bond canon, inspired directly by events that took place during Fleming’s career with British Naval Intelligence during World War Two. A fairly direct and simple plot — an enemy agent who has gotten in over his head with his organizations’ money, holding a card game in order to win it back. Bond’s assignment is to bankrupt the agent, so that his masters will discover the transgression and eliminate the agent. The tension is built from the very first line of the novel: “The scent and smoke and sweat of a casino are nauseating at three in the morning.”

The plot structure is even a bit odd — the main thrust of the action (bankrupting Le Chiffre, the enemy agent) is pretty much resolved two thirds of the way through the fairly short book. The rest of the novel is taken up with the consequences of those events, which actually lends more of a realism to the proceedings: a modern thriller would build to a “boss fight” in the final act.

Bond in this novel is nothing like the hypercompetent superspy of the films (or, some might argue, the later books). He’s a dark, complex character — a consummate professional, called in simply because he’s the best card player in the service. Fleming has him fail, in fact — victim of a betrayal which leads to one of the most harrowing torture sequences ever written, where he’s strapped naked to a seat-less wicker chair to have a carpet beater used on his genitals. This changes the character, makes him darker and more cynical, which carries over to the subsequent novels that follow perhaps the best final line of any novel I’ve ever read:

It’s been ages since I’ve done one of these, and I was reminded of it recently by Chuck Wendig. So, here we are again.

For a fairly large part of this summer, I was listening to the new self-titled solo album from Slash. Pretty much every member of Guns n’ Roses (with the obvious exception of Axl Rose) played on this album, along with a long list of guests (usually providing vocals). Two of my favorite tracks:

I am a huge fan, however, if remixes that turn metal tracks into dancefloor stompers, such as this amazing bit of work from Bassnectar, reworking a Metallica track. Makes you want to MOVE: Metallica – “Seek Destroy (Bassnectar Remix).”

Found out about this one from Tessa Gratton, who pointed me in the direction of the amazing Young-James-Brown-reborn-as-a Gorgeous-Woman music video. Janelle Monae is a Kansas City native who does retro-tinged dance-soul-funk. So, basically, The Noisettes meets Sharon Jones meets Mark Ronson meets Outkast (literally in the last case, as Big Boi guests on this track). Even more basically: exactly the sort of stuff I love. Janelle Monae – “Tightrope (feat. Big Boi).”

For my wife Laura: Her favorite song from Jessica Rabbit. I didn’t realize this, but the vocals for this track were performed by Amy Irving. Yes, THAT Amy Irving — the actress. I had no idea she could sing! I wonder if she was considered for the voice of Jessica before they got Kathleen Turner… Jessica Rabbit (vocals by Amy Irving) – “Why Don’t You Do Right.”

Very nice bit of circa-2006 electronica, which I discovered via the backing track for the CG reel of a freelancer that I was looking at for one of the transmedia properties I’m working on. Hyper – “Cascade.”

My favorite track from Kasabian’s latest album, which I’ve also been wearing out through constant play over the past couple of months: Kasabian – “Underdog.”

So there we go. I’ll try to get this back on a weekly schedule. Enjoy! 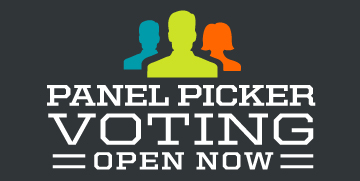