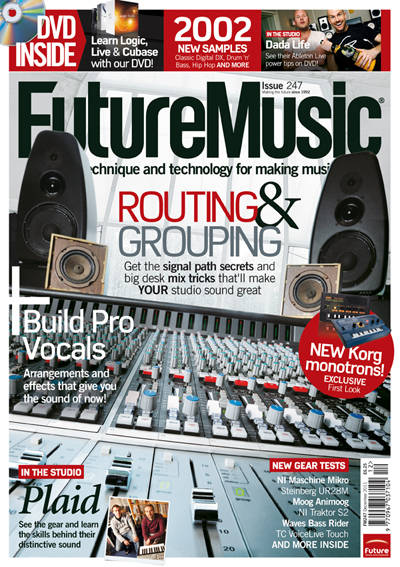 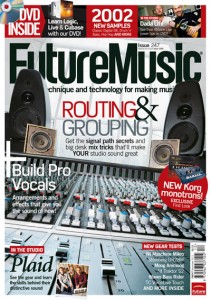 In yesterday’s entry, we covered the magazine from Future Publishing for artists, ImagineFX. Today, we cover two more of their publications, devoted to Insurgent Creative musicians: FutureMusic and ComputerMusic.

FutureMusic is devoted to the techniques and technology of making music, whereas ComputerMusic focuses specifically on (not surprisingly) the use of computers to create music. In other words, FutureMusic will cover non-computer tech like mixing gear, synthesizers, mics, etc., whereas ComputerMusic features software synths, Digital Audio Workstations (DAWs), etc. To be completely honest, there’s a ton of overlap between the two, but they maintain separate publications — then again, this is a publishing company that produces three different guitar magazines. All of Future’s musician-focused publications (FutureMusic, ComputerMusic, Guitarist, Guitar Techiques, Total Guitar and Rhythm) are all featured on a single website, MusicRadar.com.

Like with ImagineFX, both magazines feature gear reviews, technique tutorials and interviews with professionals. The pricing on both magazines are in the same range as well — because, again, the magazines are packaged with DVD-ROMs with every issue. The DVDs are the real value for musicians — each one features free software (Computer Music, in fact, loads an entire magazine-branded freeware DAW platform, complete with softsynths, samplers, drum machines, in every issue), literally thousands of royalty-free samples, trial versions of commercial software, workshop files for the magazine tutorials, as well as tutorial videos like the one featured below:

Over years of buying occasional issues of both magazines, I have a library of dozens of DVD-ROMs, featuring so much freeware and royalty-free samples that I doubt I’ll ever need to purchase any, ever. Making the best use of what you have available is a big part of making it as an Insurgent Creative. Currently, my music production is firmly in the “hobby” category — I haven’t released anything commercially. Given tools like these, however, and sites like BandCamp (which I covered back on Day Eight), I’m pretty sure I’ll make a go of it at some point in the coming year — perhaps connected to one of my other projects (Far West, perhaps). Why not? If you’ve got the tools, and the skill, there’s no reason not to give it a try.