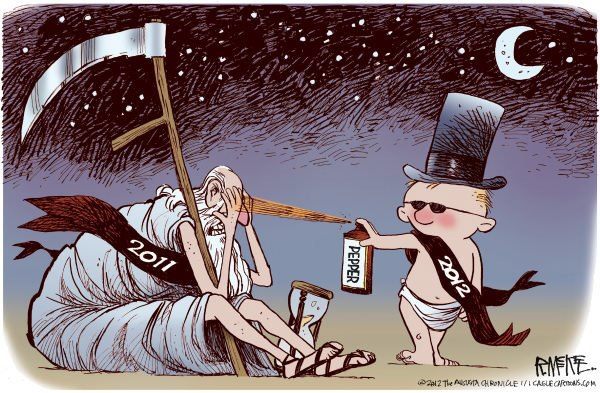 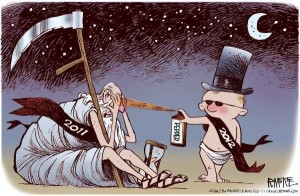 Everybody does one of these, and a few people even read them.

To be honest, I’m not really putting this down here for readers, so much as for my own records — I’ve done something like this since I started blogging, and I like to go back and read them in later years, to see where I was, headspace-wise, in any particular year. So, without further ado:

2011 was one of those clichéd “roller-coaster” years — Low lows and high highs. At the beginning of the year, things were bad. Hella bad, as the hip kids say (or maybe not– being neither hip, nor a kid, I can’t be entirely sure).

The Borders closure gut-punched Adamant’s print revenues. HARD. I found myself struggling, in an ever-deepening hole. In desperation, I launched an “app-pricing” policy — every digital product from Adamant priced at $1.99. Long story short — it didn’t work. Slightly longer story: the RPG market is, I believe, not at the scale where that can work as intended. We peaked pretty quickly, and the sales cannibalized our traditional March sale. The realization that I hadn’t accounted for an increased release schedule in my initial estimations of apparent success meant that any gains were entirely illusory, and I’d left a ton of money on the table. The hole got deeper.

I’ll be very honest: I was very close to packing it in; closing up Adamant for good and getting some make-work job (tool booth or gas station attendant) for income while making the jump into fiction.

Half a year later, the situation was drastically different — a Hail Mary pass in the form of a Kickstarter for FAR WEST succeeded beyond my wildest expectations. Over 45 days our fortunes reversed, not only financially (although obviously that was a huge part of it), but emotionally as well (as sappy as that sounds). Over 700 people demonstrated their faith in us and their belief in the FAR WEST concept — and believe me when I say that after the lows of the first half of the year, that outpouring of support was perhaps even more valuable to me than the money.

Looking back at my plans a year ago, I’m disappointed that I didn’t launch the fiction or digital comics efforts that I’d announced as my goal for 2011. Those efforts were pretty much a victim of the “lost year” that stretched from mid 2010 until mid 2011. Yet when I look back at what has been accomplished this year, and almost all of it in the last six months, that does reduce the disappointment a touch. The launch of the FAR WEST property, the success of the Kickstarter and the splash we were able to make at the StoryWorld Conference, the signing of the BUCKAROO BANZAI license, the reception of the INSURGENT CREATIVE blog series– it’s been a pretty good year in the end.

Aside from continuing those accomplishments and delivering on them, my plan for 2012 is definitely to make up for lost time and get the fiction line started… and I think that I’ve learned my lesson about multiple resolutions, so that will be my only new goal for the year!

Beyond that, the biggest thing I need to try to keep in mind in 2012 is that I’m lucky enough to create for a living — people pay me for the things that I dream up. I don’t answer to any boss, I can’t be outsourced or laid off, and my future plans are my own to decide. It’s too easy to fall into the trap of stress — things fall behind schedule, the work piles up, and a thousand minor irritations masquerade as major problems. My biggest resolution of 2012 will be:

Take a deep breath, look around, and realize that my life is pretty damn great.