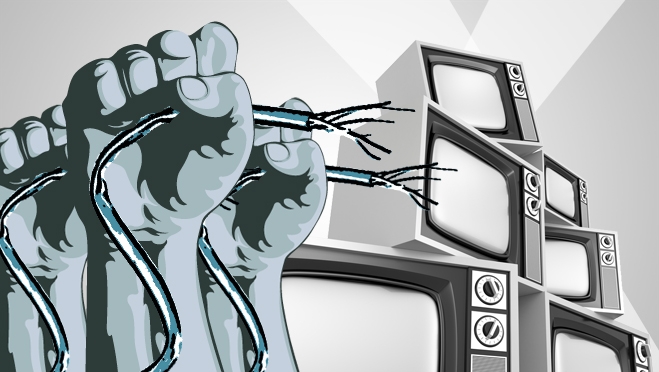 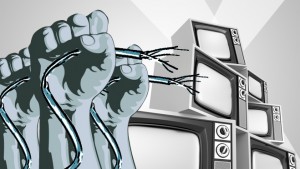 Well, it’s official. As of yesterday, the Skarka household has joined the growing ranks of the nation’s cord-cutters, canceling our cable bundle and switching over to broadband internet only. This was done as part of an overall consolidation of services, after I looked at what we had and realized that I was spending quite a lot of money, out of what basically amounted to mere habit. When I examined our actual patterns of use, it became clear that we could make some changes and save a considerable amount.

The first step was our mobile plan. I had been grandfathered in to AT&T’s unlimited data plan, and it was for that reason that I was reluctant to change our overall plan (because of course, if you change your plan, the grandfathering is removed, and you use the unlimited data). Once I actually took a look at our data usage, though, I discovered that across all the devices in our plan, during our heaviest months, we barely used 8GB — and our monthly average was closer to 4. So, goodbye unlimited data! I was able to switch us to a shared data family plan at 15GB/month (still almost double what we used during our highest usage) and upgrade every device, for a monthly bill that’s almost $100/month cheaper.

Thinking about phones got me thinking about our landline, which we had bundled with our cable and internet. Since we primarily use our mobiles, the landline was really just there to act as a telemarketer spam-trap. I had thought about killing it before, but under the old owners of our local cable company, if I cancelled the phone, the remaining cable and internet bundle was actually MORE expensive (Charming, eh?). However, our cable company had changed hands TWICE since then (local company sold to out-of-town corporation, who was then bought by another). Digging into the new plan info, I found out that the up-charge was no longer in place. Which got me thinking about dropping EVERYTHING but internet.

Laura and I watch a ton of stuff via Netflix and Amazon Prime, as well as other online sources. What little broadcast TV we do watch is all carried by Hulu Plus (which we didn’t have a subscription for — but I have since added). There just didn’t seem to be a compelling reason to keep paying a ton of money every month for a phone we don’t use and channels we don’t watch. (The fact that the cable company dropped 8 channels as of January 1st — including BBC America — yet our bill was going to go UP by almost $20 certainly factored into our decision).

So, we dumped cable and the land-line, and kept our 50mbs internet connection… and I discovered that they now offer a 110mbs service (Google Fiber is available just down the road in KC, and so they want to compete, I guess) — and the 110mbs is only going to be $15 a month more than the 50mbs. So yeah, we’re on that.

This cut our cable bull by almost $200. Even adding in the Hulu Plus subscription ($8), it was a no-brainer.

The only drawback is my beloved footy — For local Sporting KC matches, we can always go down and watch in our local pub, or drop a one-time expendature of $70 and get a 50-mile-rated indoor digital antenna to watch over-the-air broadcasts. We’re out of luck for English Premiere League matches, though — unless I can find some less-than-legal online streaming, which I currently have no source for (my preferred site closed on the 1st of the year).

But the benefit is obvious:

Even adding in a new $8/month Hulu subscription, and a possible $70 purchase of an antenna in the next month or so, it’s still going to end up saving us $3400 this year alone.