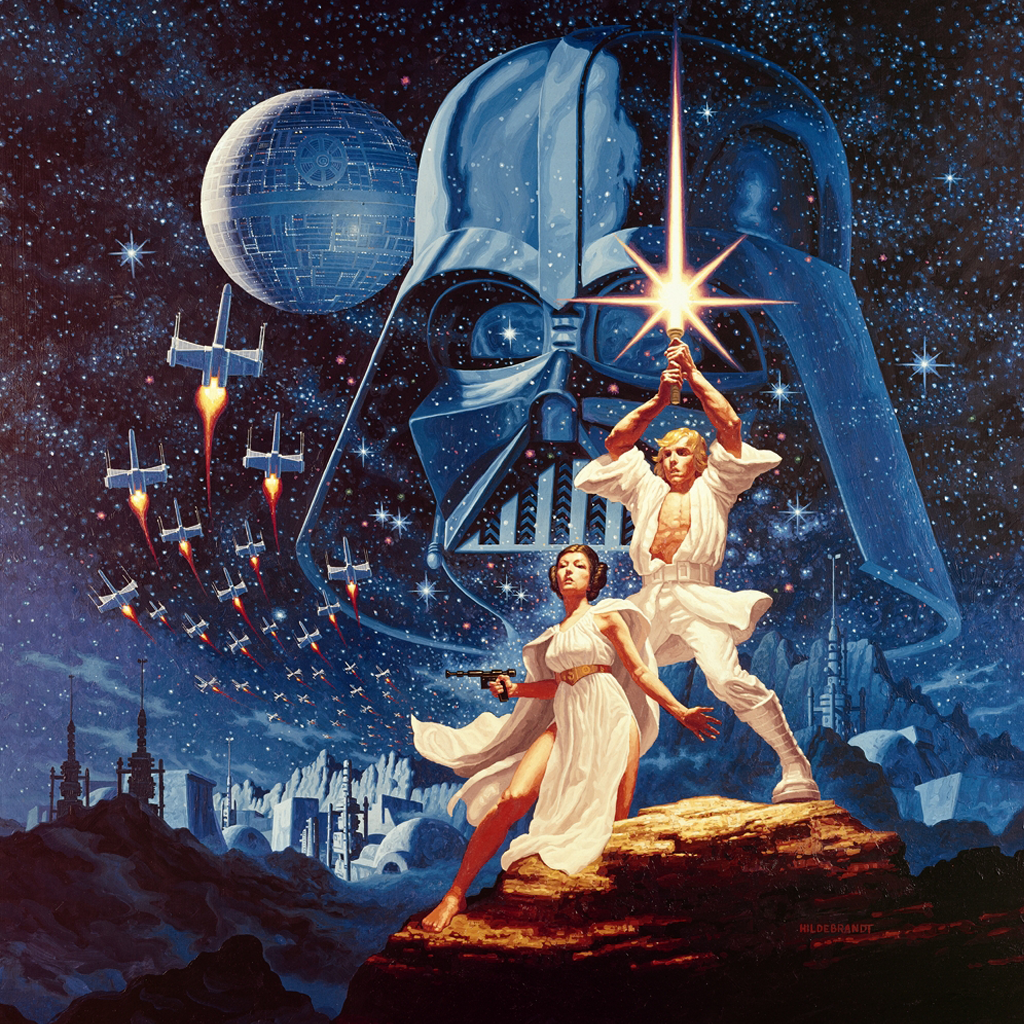 “May the Fourth Be With You.”

Yeah, you’ve all heard it already. A pun that had been kicking around since at least 1979 began to solidify over the past 5 years or so into a Thing in the geek community. A celebration of Star Wars.

And yeah, I know — a celebration of a brand? A piece of pop-culture? Seems shallow (at best), or childish (at worst).

But here’s the thing. Over the past few years — brought about in no small part by middle-aged nostalgia coupled with Disney’s relaunch of the property — I’ve come to realize exactly how much Star Wars shaped me as a person. That’s not a childish or shallow thing — that’s a profound effect on my formative years.

Stories are important. Myths are stories. Religion, when you boil it down, is a story. George Lucas was once quoted in an interview, saying that he created Star Wars for a “generation that was growing up without fairy tales.” My generation (children when the first film was released, entering our teen years when the final film of the original trilogy was done), growing up in the shadow of nuclear annihilation, the stain of Vietnam, the revelations of Watergate — we definitely needed a dose of mythic hope. The generations that followed us, who grew up with Star Wars as well (whether on video, or in the form of the prequel trilogy) were also shaped, although I’d argue none as profoundly as we were.

More than that, though — on a personal level, I remember sitting in the theater in 1977 with my Dad, around my 8th birthday, blown away by what I saw on the screen. Not just my utter immersion into the world and the story, though. I clearly remember, as the film ended, having a sharp-edged certainty in my mind: I want to do THAT.

Not fly an X-wing, destroy the Death Star, or learn to fight with a lightsaber (although, yeah, I wanted that, too), but rather to create worlds, to tell stories, and present something that I invented in my head to crowds of people who would be affected by it… people who I would never meet, and never know. The idea that such a thing was possible was mind-blowing to me, and I’m not entirely sure what it was about sitting in that theater made it more tangible to me than the books I’d surrounded myself with from the time I could read… but there it was. I knew what I wanted to do with my life.

From 1977 until now, that is the direction I have steered. I have created worlds, and told stories, and I’m going to continue to do so (hopefully) for a long time to come.

…and all because of Star Wars.

So I celebrate it.

May The Fourth Be With Us All.