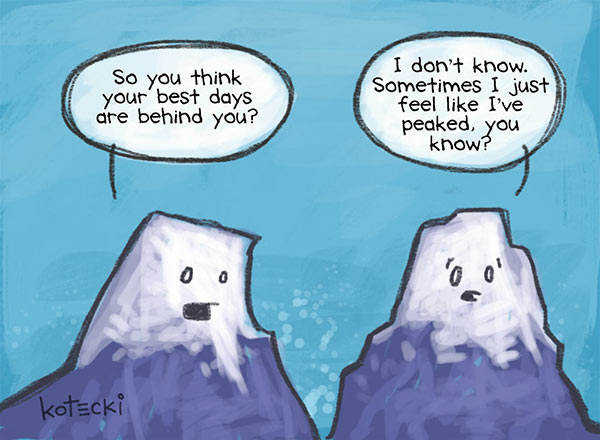 I was taking a look back through this blog, and I noticed something, specifically regarding some of the most popular posts of mine (according to Google Analytics).

The “ePulps” blog article, spelling out a plan that I haven’t yet enacted… posted in 2010.

My three-part Transmedia blog series (Part One, Part Two, and Part Three), explaining the concept, and why I think RPG publishers should be looking into it… and yes, spelling out a plan that, well, hasn’t gotten off the ground yet…. posted in 2010.

It’s becoming very clear exactly how much of an effect the 2011 Kickstarter has had on me. I feel like I peaked in 2010, and have been crawling trying to get back to that point. The string of errors (forced and unforced), the resulting stress, the physical results of that stress which put me in the hospital, all has led to a pit, half a decade across, which I’m still trying to climb out of.

Critics lambast me, saying that I should just admit failure — that it couldn’t be more damaging than it already has been. What they don’t understand is that I’ve already admitted failure. I’ve failed doing what I set out to do, in the way that I intended to do it. But what I won’t do is quit. Because I’m going to do what I set out to do, even if it’s not the way I originally planned on doing it.

But godDAMN, the road is a long one.