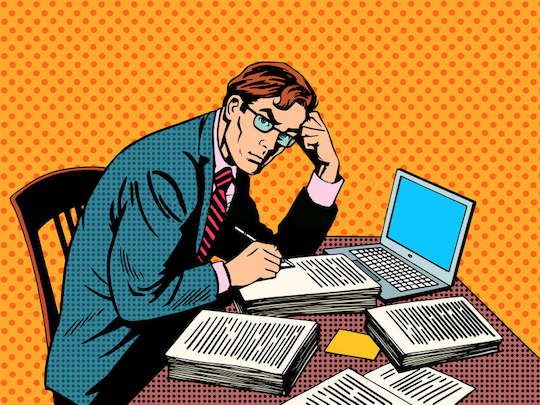 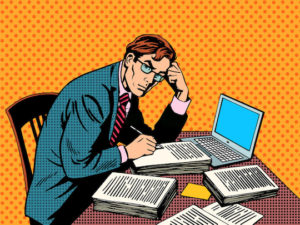 Welcome to the first of a series of blog entries that I’m going to be putting up here for a little bit: The Formulaic Writer.

When I say “formulaic,” I don’t mean predictable, or slavishly following tropes or conventions. What I mean in this context is: using various formulas as part of your brainstorming process — ways to spark your own creation by exploring various methods of idea generation.

My love of this sort of brainstorming was born in playing tabletop role-playing games. I quickly discovered that I loved systems that had random tables for generating character backgrounds, or settings, or adventure ideas. In fact, a lot of the time, I’d use those systems even when I wasn’t actively playing a game with my friends—I’d sit with a notebook and some dice, and create characters with life histories, locations and entire plots. It was, to me, like a solo game within a game. I became so enamored of these random generators, that any RPG I design almost always features some sort of random idea generators within the rulebook.

When writing fiction, that sort of randomizer can be a useful method of sparking my own creativity. I also discovered that in a lot of ways, just using some sort of formula, whether random or not, freed up my mind and helped ideas come to me. In a way, it’s almost as if letting a formula handle the “front of brain”—keeping me occupied with following a suggested set of steps (the “rules”, essentially)—frees my “back of brain” to fill in details, make connections, throw up random ideas, etc.

So in this series, I’ll be taking a look at some of my favorite idea-generation formulas and tools.

First up: Michael Moorcock’s method for writing a fantasy novel in three days.

Michael Moorcock (for the few of you who might not know) is a fantasy author; creator, among many other things, of the famous swords-and-sorcery anti-hero Elric of Melniboné.  In the early days, Moorcock scratched out a living in the low-paying fantasy adventure field by producing his novels very, very quickly.  In a collection of interviews with Moorcock, Michael Moorcock: Death is No Obstacle, he said those early novels (pulp paperbacks of approximately 60,000 words) were written in “three to ten days each,” and provided the following tips on his method:

• “If you’re going to do a piece of work in three days, you have to have everything properly prepared.”

• “The formula depends on that sense of a human being up against superhuman forces, whether it’s Big Business, or politics, or supernatural Evil, or whatever. The hero is fallible in their terms, and doesn’t really want to be mixed up with them. He’s always just about to walk out when something else comes along that involves him on a personal level.”

• “There is an event every four pages, for example — and notes. Lists of things you’re going to use. Lists of coherent images; coherent to you or generically coherent. You think: ‘Right, Stormbringer [a novel in the Elric series]: swords; shields; horns”, and so on. […] You need a list of images that are purely fantastic: deliberate paradoxes, say: the City of Screaming Statues, things like that. You just write a list of them so you’ve got them there when you need them. Again, they have to cohere, have the right resonances, one with the other.”

• “A complete structure. Not a plot, exactly, but a structure where the demands were clear. I knew what narrative problems I had to solve at every point. I then wrote them at white heat; and a lot of it was inspiration: the image I needed would come immediately [when] I needed it. Really, it’s just looking around the room, looking at ordinary objects and turning them into what you need. A mirror: a mirror that absorbs the souls of the damned.”

• “The imagery comes before the action, because the action’s actually unimportant. An object to be obtained — limited time to obtain it. It’s easily developed, once you work the structure out. […] Time is the important element in any action adventure story. In fact, you get the action and adventure out of the element of time. It’s a classic formula: “We’ve only got six days to save the world!” Immediately you’ve set the reader up with a structure: there are only six days, then five, then four and finally, in the classic formula anyway, there’s only 26 seconds to save the world! Will they make it in time?”

• “Once you’ve started, you keep it rolling. You can’t afford to have anything stop it. […] The whole reason you plan everything beforehand is so that when you hit a snag, a desperate moment, you’ve actually got something there on your desk that tells you what to do.”

• “I was also planting mysteries that I hadn’t explained to myself. The point is, you put in the mystery, it doesn’t matter what it is. It may not be the great truth that you’re going to reveal at the end of the book. You just think, I’ll put this in here because I might need it later.”

• “You start off with a mystery. Every time you reveal a bit of it, you have to do something else to increase it. A good detective story will have the same thing. “My God, so that’s why Lady Carruthers’s butler Jenkins was peering at the keyhole that evening. But where was Mrs. Jenkins?”

• “What I do is divide my total 60,000 words into four sections, 15,000 words apiece, say; then divide each into six chapters. … In section one the hero will say, “There’s no way I can save the world in six days unless I start by getting the first object of power”. That gives you an immediate goal, and an immediate time element, as well as an overriding time element. With each section divided into six chapters, each chapter must then contain something which will move the action forward and contribute to that immediate goal.

“Very often it’s something like: attack of the bandits — defeat of the bandits — nothing particularly complex, but it’s another way you can achieve recognition: by making the structure of a chapter a miniature of the overall structure of the book, so everything feels coherent. The more you’re dealing with incoherence, with chaos, the more you need to underpin everything with simple logic and basic forms that will keep everything tight. Otherwise the thing just starts to spread out into muddle and abstraction.

“So you don’t have any encounter without information coming out of it. In the simplest form, Elric has a fight and kills somebody, but as they die they tell him who kidnapped his wife. Again, it’s a question of economy. Everything has to have a narrative function.”

• “There’s always a sidekick to make the responses the hero isn’t allowed to make: to get frightened; to add a lighter note; to offset the hero’s morbid speeches, and so on. […] The hero has to supply the narrative dynamic, and therefore can’t have any common-sense. Any one of us in those circumstances would say, ‘What? Dragons? Demons? You’ve got to be joking!’ The hero has to be driven, and when people are driven, common sense disappears. You don’t want your reader to make common sense objections, you want them to go with the drive; but you’ve got to have somebody around who’ll act as a sort of chorus.”

• “‘When in doubt, descend into a minor character.’ So when you’ve reached an impasse, and you can’t move the action any further with your major character, switch to a minor character ‘s viewpoint which will allow you to keep the narrative moving and give you time to think.”

Tune In Next Time…

I know, I know — that’s not so much of a formula, as a set of tips.  I still find it a useful method for brainstorming, and I hope you will as well.

That’ll do for today — tomorrow, I’ll take a look at the fiction formula of Lester Dent, the insanely prolific writer of the Doc Savage pulps!

2 Replies to “The Formulaic Writer – Part One”