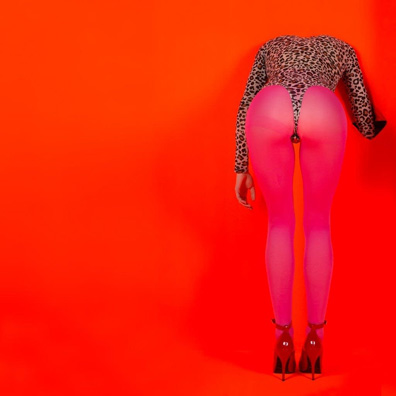 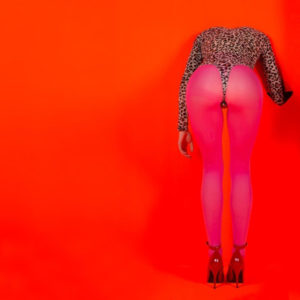 The Formulaic Writer will continue on Monday. But today is Friday, and that means Friday Music!

As always, these are some tracks which drifted through my head this week, and so I’ve collected them here for you, like a little mixtape, so you can put them in your earholes as well.

The callipygian portrait over to the left there is the album cover of St. Vincent’s most recent album, MASSEDUCTION. I’m a huge fan of her work — it may seem like exaggeration, but I honestly think that music history may eventually categorize her, along with a number of other female contemporaries (like Jannelle Monáe) as influential artists of the same caliber as Prince or Bowie. A bold prediction, I know. In the meantime, here’s the title track from the new album: St. Vincent – “Masseduction.”

Back in the earlier iterations of Friday Music, I was quite enamored of mash-ups. I haven’t listened to any new ones in quite some time, though. Stumbled across this one recently, though, and was blown away. It’s the perfect blending of Motley Crue’s “Looks That Kill” with Steely Dan’s “Do It Again” that I never knew I desperately craved. Bill McClintock – “Look Again (Motley Crue vs Steely Dan).”

Recent stuff by Bruno Mars has never failed to get my ass moving, with a smile on my face. Throwbacks to classic funk and soul are right up my alley, and you’ve gotta love lyrics like “Throw some perm on that attitude, ‘cuz ya gotta RELAX.” Bruno Mars – “Perm.”

Of course, if we’re going to throwback to classic funk and soul, that puts me in the mood for some genuine 70s gold. This track was all over the radio in 1976 (I was seven years old), and I’ve always loved the deep smooth sound of his voice. (Interesting note: the backing musicians are the MSFB, the studio group who worked for Philadelphia International, and whose best-known recording was “TSOP (The Sound of Philadelphia)”, better known as the theme to Soul Train.) Lou Rawls – “You’ll Never Find Another Love Like Mine.”

Another throwback — but this time to a time (the late 90s) when a throwback to another time (the late 30s and early 40s) was briefly popular. Yes, kids, I was a sucker for the horribly hipster Swing Revival. I hadn’t thought of this song since then, but it drifted across my iTunes random shuffle, and it all came flooding back: Cherry Poppin’ Daddies – “Zoot Suit Riot.”

I have long been a fan of Dead Can Dance, although I’ve always struggled to describe them. Not a band, per se, nor really a duo. More like a “musical project,” although that sounds odd. Wikipedia tells me that Australian music historian Ian McFarlane describes them as “constructed soundscapes of mesmerising grandeur and solemn beauty; African polyrhythms, Gaelic folk, Gregorian chant, Middle Eastern mantras, and art rock” — and I suppose that captures some of what they are. This, a track which goes through parlor music & chanting, settles into the ethereal before finally giving us lyrical poetry, is my favorite of their songs. Dead Can Dance – “Ullyses.”

That’s all for this week, folks. See you back here on Monday for the next installment of The Formulaic Writer, and again next week for more Friday Music. Have a great weekend!