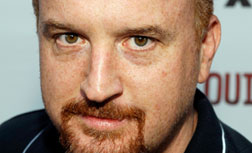 This was pointed out by Chuck Wendig on Twitter — Comedian (and Writer / Director / Editor / Actor / Etc.) Louis C.K. has done an interview with The Onion’s AV Club which is well worth reading for any Insurgent Creative.

For those few who aren’t aware, Louis CK is a comedian, who has been a staff writer for Letterman, Conan O’Brian, and Chris Rock. He’s done stand-up, television, etc — and stars in a critically-acclaimed comedy on FX, Louie, which he also writes, directs and edits. In 2011, he took the full leap into creative insurgency, producing his own comedy special, Louis C.K. Live At The Beacon Theater, and selling it directly via his own website. He made over a million dollars — direct, with no distributor or broadcaster –and has now decided to sell tickets to his new comedy tour the same way. No Ticketmaster or other processing middle man, and he’s bringing in millions and expanding the tour as a result.

The interview discusses his approach to the constant pressure of having so much on his plate, as well as his business model, both of which should be of interest to any Creative looking to carve out a living independently.

Regarding his method of business, he says:

“Yeah, well, I like to try stuff. I like to try to see if something can work. It’s really satisfying to figure out, “What if we try it this way? What if we made it way more pleasurable and cheaper to come see me? Or to watch my show online? And if we do this right, how much benefit were we getting from the giant companies?”

On the subject of pressure:

The more interviews like this that I read, I continually see those common traits among those that I identify as Insurgent Creatives — a relentless activity, a drive to try things for the sake of trying them, etc. These are, really, the same traits that have always driven people to creative pursuits — the main difference is that now, the same sort of mind can also apply itself to questions of production, distribution and marketing; areas which had traditionally been handled by the media companies. In a way, this independent entrepreneurial method becomes another form of artistic performance — applying divergent thinking to a traditional method to see what results. 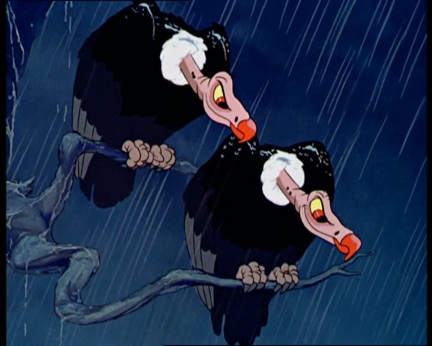 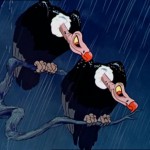 As more and more creatives start to realize that the walls that separated them from their audience are crumbling, and that the traditional gatekeepers are risk-averse and prefer to recycle the same safe properties and methods over and over again, you’re starting to see a real movement towards insurgency, not only from new independents, but from ‘traditional-model’ creatives as well. From time to time I will spotlight these efforts — because

Darren Bousman (a fellow graduate of the Shawnee Mission School District) is a director, best known in Hollywood circles as the man behind three films in the Saw franchise. Among a smaller niche, however, he’s known as the producer and director of Repo! The Genetic Opera, the 2008 cult movie musical that mashes up horror, sci-fi and rock-opera (a favorite of mine).

Bousman teamed up with many of his co-creators from Repo! and has created The Devil’s Carnival, a short horror/musical that serves as the opening episode to an ongoing series. The trailer:

Hollywood, of course, had no idea what to do with this. The strange subject, the short running time, the future episodes, etc. — so Bousman and company decided to take the show on tour, themselves. He wrote a blog entry today about how it’s been going.

“This tour, this whole experience is a drug. And I can 100% with conviction tell you, as a filmmaker and artist, I am addicted… It fuels me… it keeps me wanting to fight. I am Popeye, and this is my spinach.

Gone are the days that we have to accept the fate handed down to us… If I can get into a van with 6 of my friends, and create what we have created, then so can anybody else…

Gone are the days where I bitch about lack of support, or ‘the man’. There is no man… There is only ME standing in front of MYSELF…

The only thing stopping people from seeing my films is ME…”

The tour rolls through the Kansas City area on the 5th of May, at a theater a stone’s through from Bousman’s old high school. I’ll be there.


Daniel Knauf was the creator of the amazing HBO series Carnivàle, which mixed gnostic mythology with the 1930s dustbowl… and carnies (noticing a theme here?). Cancelled two years into its proposed six-year run, it entered the all-too-long list of “strange wonderful things cancelled because they didn’t appeal to a mass audience.”

Now, Knauf has jumped into the realm of transmedia, with his new company, BXX. PBS has an interview with him, titled “Carnivàle Creator Bypasses Hollywood.”

His new effort, Haunted, is a fictional story that follows paranormal investigators working inside an abandoned house tormented by supernatural events, and is experienced via multimedia elements such as research documentation and investigators’ blogs, multi-camera video, and a navigational timeline allows viewers to manipulate how they view the story.

Knauf is trying to make internet-based entertainment more than just TV on a different screen, by experimenting with how a narrative can be delivered:

“The traditional entertainment industry is not known for their humility. They tend to think they are the end all. You don’t take a TV show and put it on Hulu and call it Internet content. No, it’s not. It’s a TV show you’re watching on your computer. Hulu’s not really Internet, Funny or Die is not really Internet; those are just TV being watched on a different screen. For me, I wanted to invent a narrative that there was absolutely no way you could have done it if the Internet wasn’t invented. That was the goal I set myself.

In the end, I just got tired of trying to convince them this lives and breathes on the Internet. I got tired of explaining finance models to them and I thought, let’s just do an inexpensive version of this and show them.”

The interview is worth reading, and touches on crowdfunding, audience building and more.

The ground continues to shift. Get out there and create.