The depths to which rpg.net has sunk with regards to their obvious hate-on for yours truly has reached new lows.

Yesterday, apparently, somebody performed a bit of thread necromancy, posting a new response to a thread from 2003, where I had gotten into an argument. This put the thread back into circulation, and others began posting to it….

….at which point, one of the site moderators comes in, and proceeds to “chew me out”…..for a post that I made THREE YEARS AGO.

Yes, folks — apparently, I’m such a problem, that even three-year-old posts of mine are worth slamming down on. Amazing.

Of course, the chucklehead in question has since edited his….ahem….somewhat overzealous moderation, realizing that it made him (and the site powers-that-be in general) look a bit obsessive.

Naturally, by this time, other users had piled onto the thread, and were insulting me in absentia, drawing a half-hearted “don’t do that” from the same moderator…prefaced, naturally, by the phrase “Even though my feelings on the matter are well known….”

Still, though — somewhat of a badge of honor: I’m not only rpgnet’s legendary boogie-man, but apparently, I’m undead as well.

Some of you will remember my dismay at finding out about Rob Zombie’s KC performance after it had already sold out.

Well, imagine my glee at discovering that the bigger, second leg of the tour (with Godsmack as the opening act) is coming to Sandstone (I refuse to call it the Verizon Amphitheatre) on Tuesday, September 19th! 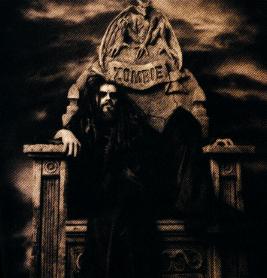 So, it turns out that my thigh-high bootswere not able to be re-soled….or rather, the damage to the soles and the leather was so extensive (I’d had them for about 6 years) that the quote we were getting was pretty much exactly what it costs to get a new pair….so I did. Winging their way to me by FedEx Overnight, are a pair of these:

Just to make sure, we had

Turns out, I should be wearing a size 15 boot.

Gosh….might have something to do with my foot pain when on my feet for extended periods, now wouldn’t it? Hell, even taking out the step-up for the boots, measurement indicates I should be wearing a 14 in street shoes, and not the 13 that I’m currently wearing.

I R TEH SMARTT.