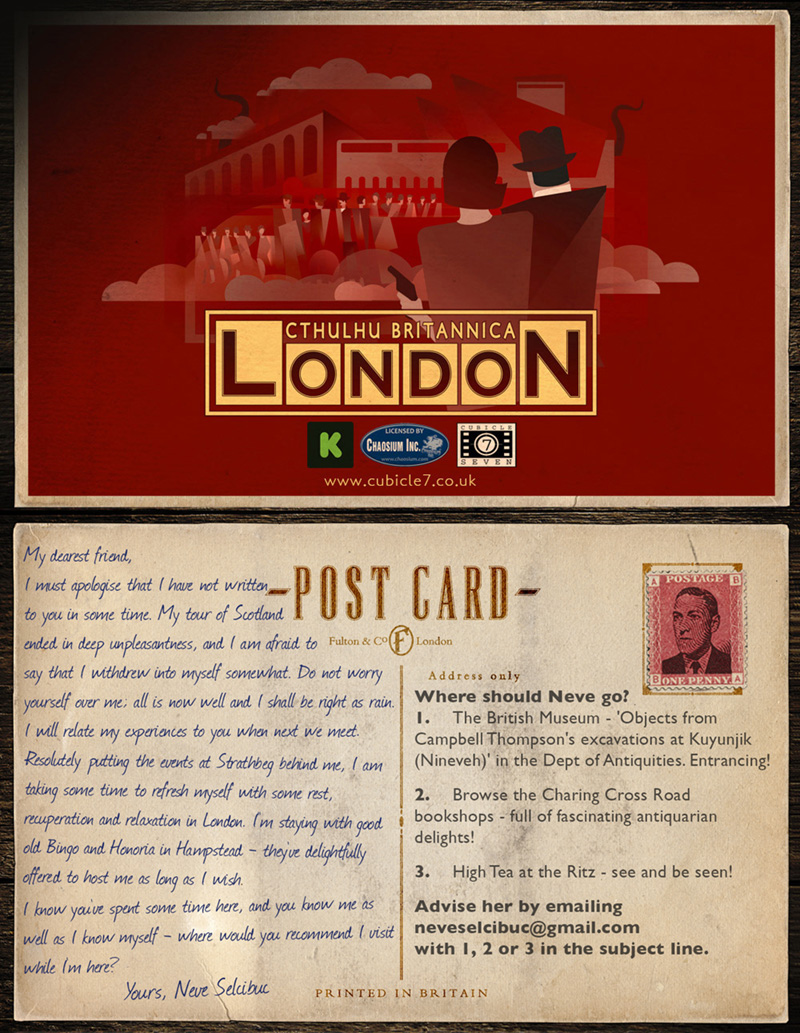 Cubicle 7 Entertainment is launching a Kickstarter for their newest release for Call of Cthulhu — a deluxe boxed set detailing London in the 1920s. The Kickstarter will go live on November 12th. The box set will feature a complete guide to London during the period, full-color maps, player hand-outs, adventures, a Keeper’s Guide, and more.

During the run of the Kickstarter, there’s a transmedia game underway as well — Investigator Neve Selcibuc is recovering from some recent unpleasantness by getting some much needed relaxation in London, and she’ll be sending out postcards apprising us of her progress, and asking for our advice on where to go and what to do. The first of the postcards has already been sent, and appears above (Click for a full-sized version). Answer her by emailing neveselcibuc@gmail.com. You can also follow her progress via Twitter:

So come along for the ride — it should be very, very interesting… and check out the London boxed set Kickstarter when it goes live.