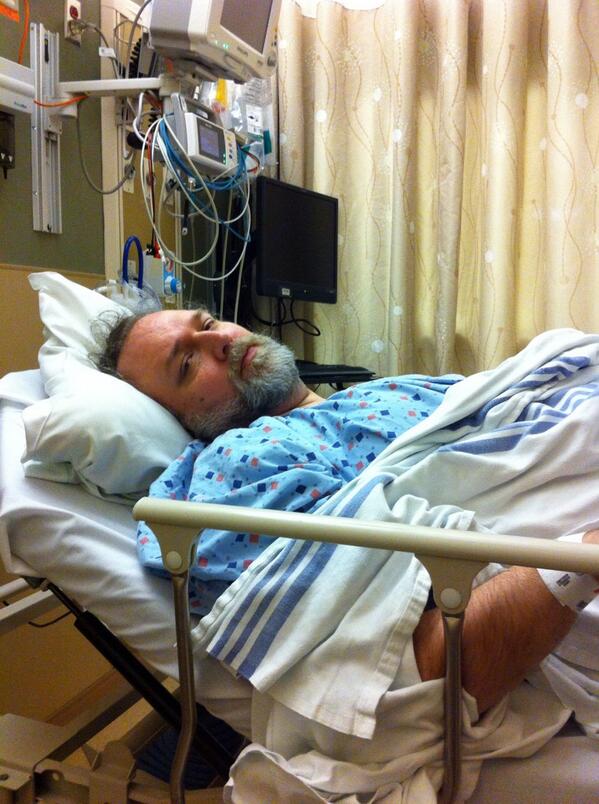 I’ve been remiss, and have ignored this blog — but then again, everything has been on hold recently. The picture at left is a shot taken by my wife about a month ago — I was unexpectedly hospitalized with a sudden infection.

To copy the update that I posted on Adamant Entertainment’s site: I came down with a very severe case of diverticulitis which resulted in the removal of 12 inches of my colon, and a secondary severe abdominal abscess, which they thankfully caught before it burst (which, I am told, would have likely resulted in severe enough peritonitis to kill me). This resulted in a 9-day hospital stay, and an estimated 6-8 week recovery period involving at-home nurse care and an eventual secondary operation to repair the colon (another week-long stay in the hospital).

Basically, I’ve been getting down with the business of getting well, and as such, everything else has been paused. I’m slowly getting back to work (a few hours each day), and I’m even thinking that I’ll start updating this more regularly (I’ve been tempted to start up my old Friday Music series again, for example).

So for folks who’ve been checking in: I’m still alive, I’m getting better, and I’ll be back soon.

One Reply to “Down But Not Out”