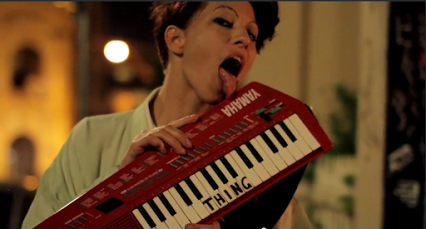 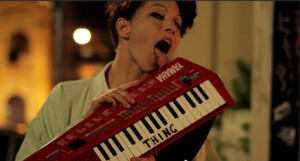 So Amanda Palmer set up a Patreon.

Patreon, if you don’t already know, is a creative patronage site — an artist can ask their fans to essentially subscribe to their output, offering a certain amount of money (either per month, or per thing, depending on how the artist sets up the Patreon page). The fan can set their amount, set a cap on how much they can be charged per month (in the event that it’s per thing, and the artist has a prolific month, for example), and can cancel their subscription at any time.

Palmer’s Patreon is per-thing — and everything she produces will be released to the internet for free. The fans are just agreeing to be a part of that process by being (literally) her patrons. The things she creates are not going to go just to her patrons.

The Patreon has been incredibly successful (nearing $15,000 per thing, as I write this), which of course has resulted in the usual chorus of bitching — that Palmer is fleecing her fans, that the money she’s getting is undeserved or excessive, that it’s somehow hurting “TRUE” independent artists, etc.

There are, as of right now, 1686 backers. Each backer is offering an average of $8.68 per thing (music, video, other artistic projects, etc.).

Less than 9 bucks isn’t a big deal. I’ve given more than that to street buskers.

But 1686 fans doing that means she’s approaching $15K per thing total, and for some reason, that’s why people lose their shit…. which, when you get down to it, is really fucking strange, because they’re basically criticizing an artist for having, somehow, TOO MANY fans.

Sorry for the rant, but I’m just really tired of how every creative field ends up with a bunch of folks turning into High School Mean Girls every time somebody does well.